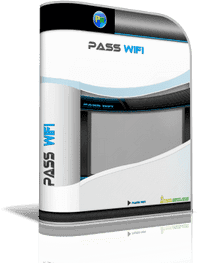 Works on all networks routers

How do hackers hack WiFi network?

Since the arrival of WiFi, a radio telecommunication technology in 1990, many have always wanted to have free access to the Internet anywhere in the world. A WiFi network is never 100% secure as one might think, to hack a wireless network is really possible!

PASS WIFI is the legit and genuine software specially developed to free access the set of wireless communication protocols through a global and refined analysis of the connections with unlimited use and no time limits. In other words: it extracts all WiFi passwords from any network.

Let's have a try now with a 30-day money back guarantee! One time fee, there is no subscription or automatic renewal. It is compatible on smartphones, tablets and computers. Also, our PASS WIFI is used thousands of times a day and we are so confident that our tool works that we guarantee access to all WIFI passwords. FULL refund if not satisfied or doesn't work.

With PASS WIFI and its patented technology, there is no need to be a computer expert to access the Internet. You can simply enter in the WIFI network from any Internet service provider, it's really compatible with all of them because it scans and it retrieves all keys of secured connections. If in the next few minutes you are not connected to a wireless network thanks to PASS WIFI, we refund.

To hack a WiFi password is possible as you may see above and our software will let you access in 3 steps:

PASS WIFI analyses and decrypts in real time every connection available on the device and will display in its window the name of the wireless terminal with its corresponding security key. It automatically decrypts the passwords with an option to save it in a text file so as to never forget it.

PASS WIFI is able to read and to decode different types of encryption such as WEP, WPA or WPS. Read the rules, be aware.

Does it really work?

Yes, it really works and we are constantly releasing FREE updates to our application. Get network pin codes with PASS WIFI of your neighbors or friends in just a few minutes after running the application. Don't use this software on other WiFi than yours because it is totally illegal and liable to criminal prosecution. The best experience can be made by respecting the laws of your country.

Why is my WiFi hacked?

In reality, there are several reasons for hackers to use wireless technologies:

- To steal private or strategic data from users.

- To discreetly squat a web access without being spotted.

- To simply have a connection to the Internet freely without having to pay.

A hacker will not crack WiFi codes for nothing. Now we are not talking about white hats but we are talking about black hats, those who hack into WiFi connections for bad intentions.

Indeed, these hackers will interfere with the privacy of Internet users and they will retrieve all information and personal data. For example credit cards, files going in and going out, emails... Users connected on the network will not notice anything! But you have to know that this could also be done from a smartphone. It is possible to hack a WiFi with a mobile working on Android, iOS (iPhone) or a Windows Phone.

Beware of appearances, the young person or the pensioner sitting quietly in front of his phone or his tablet is perhaps a formidable pirate hacking the passwords of the users connected to the WiFi network.

You can check yourself from your computer in your network properties if a third party is logged in. That would mean that you are hacked. This could be dangerous if you selected the way you share your printer or your files. Everyone can have access to it and dissimulate a virus in it. What you should do is to install a good antivirus, run an update and run a deep scan. Then you should install a firewall if it is not already given with the antivirus you previously installed.

After that, you should rename your router and change the password. This step could be a little complicated, but generally the user manual indicates the steps to do this task. For the password, you should take WPA protection which is 99% good. Keep in mind that not every password is 100% secured and can be hacked any time.

Many passwords which are difficult to hack are created of letters, numbers and special characters. Complex passwords composed of a string of characters are therefore more difficult to remember for users. But they are also much easier to hack. Because, in reality, the sequences of characters chosen by Internet users are far from being random. It means that the hacking algorithms can easily "crack" this security in a very short time (from a few minutes to few days).

The solution to create a secure password is provided. We recommend using a string of words that is unconnected but easy to remember. For example: mywifipassword.

According to calculations made by the institute, it would take more than 500 years for hackers to succeed in hacking this password.

It was discovered a security flaw on Hashcat to hack the WPA protocol. This vulnerability makes it possible to hack the PSK shared WiFi key thus making it possible to access a wireless network. There is no need to catch a complete 4-Way Handshake, the hacking is focused on the RSN IE which means to be a piece of robust security network information. The hacker is in direct communication with the WiFi terminal. He no longer needs to capture the bits that a user will receive to connect to a network. Which means that anyone can hack a WiFi directly and at any time because he sees the password displayed in clear on his machine. Most routers are concerned because this flaw concerns 802.11 networks.

Very often in the network options is written "private WiFi network", that is password protected, but now WiFi password crack has become simple and an easily-solved problem. PASS WIFI displays in real time the password of each router.

In conclusion: it is clearly impossible to protect a wireless network unless you change the key every minute.

The meaning of WiFi Sniffer is quite simple. It is the way for a computer to search for wireless network without any protection and to hack access to it for free! WiFi sniffing tools can help you locate open networks that may not be visible and will let you know when it is accessible or not for your device. It could be dangerous for your network to have an unauthorized person connected because who knows for what purpose he is on it?

It scans for available wireless networks within your range, it contacts them, after the contact is established, it receives packets. After the packets are received, it decrypts them, meaning it gets the password with the application tool. Some wireless networks can be opened in a few moments, some can take a few minutes. This depends on how the wifi password is made.

There are still too many people on the earth that don’t have access to the web. With FREE WiFi access point, you can watch your favorite show on holiday. You can occupy your children in the traffic jams. You do not have a TV at home but want to watch a program? If you have a smartphone with internet connection, it is possible to watch some channels for free. Being able to watch TV on your smartphone can be very convenient in many situations.

With "Find WiFi", Facebook now helps us find an Internet connection everywhere! This system should allow us to easily spot the hotspots close to our position. Facebook has begun deploying a new feature that locates WiFi networks nearby. It allows users in areas not covered by 3G-4G-5G networks and those who wish to save data to access a WiFi map of access points located in the area where they are.

Already accessible under iOS and Android, the map will not only reveal WiFi networks open and accessible to everyone. Those companies that have shared information with Facebook will also be displayed. Finding a network should therefore become fairly simple, provided it is in an area well-provided with access points.

How to use Find WiFi?

To start the search, you will need to have downloaded the latest version of the Facebook application and go to the menu indicated by three small horizontal bars the "Find WiFi" button. The application should also be allowed to access our location. Once the map is loaded, connection points then appear around you. This new feature has a slight flaw: a little bit of network connection will be needed to load the map showing the access points. No problem when you just want to save your precious data, but if the network is too weak, it will take a bit more time.The representatives nevertheless explained that "Find WiFi" even worked in places with a weak network.

Tests showed that the feature was particularly useful in areas with little mobile network, a way to find a more powerful wlan connection. This service is a new step forward for Facebook in their search to connect the world to the Internet. After all, if the social network really needs to bring people together, it's better for all to have access to a common digital space.

Many of us use their hotel's WiFi to connect to the Internet. The opportunity to remind people that it is necessary to be extra vigilant because these networks are often the target of hackers and this whatever the standing of the hotel in question.

Hackers uses new Trojan attack called Inexsmar. The latter is downloaded automatically after opening a file attached to a phishing mail. The mail is very credible and targets high personalities thanks to social engineering: the victim, despite his vigilance, is likely to fall for this. In addition, the malware is downloaded several times so that it is not detected by antivirus. If this campaign revealed that it is apparently only about politicians and that the group is known for targeting businessmen in luxury hotels, the warning can only remind us that WiFi networks are a privileged target for hackers. Critical vulnerabilities can be exploited to spread malware and spyware on computers and smartphones connected to the targeted network.

An attack facilitated by the fact that the routers of hotels are sometimes not up to date in terms of security. Users should therefore be extremely careful when using them and, of course, have their own antivirus software up to date and configured with the highest level of security.

PASS WIFI is the only one to date that allows you to freely enjoy unlimited wireless access. Where and when you want, simply from your smartphone or your computer.