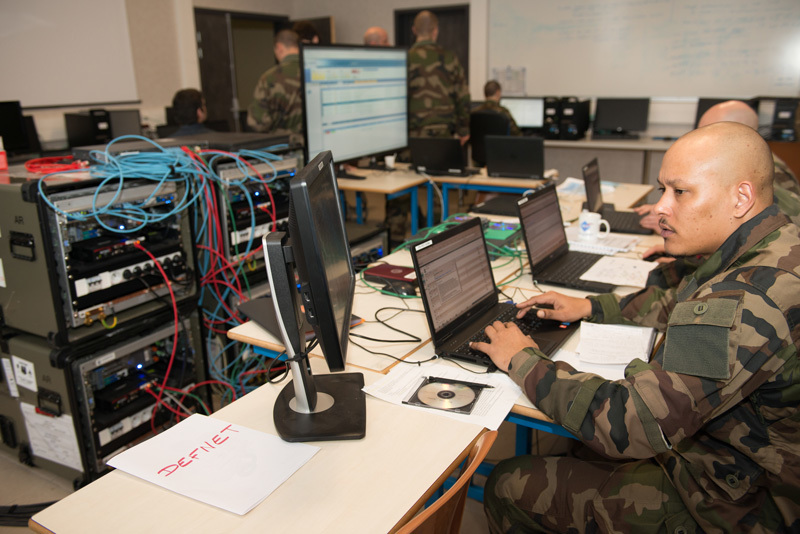 In France, the army has decided to mobilise a number of hacking specialists. Mainly in a cyber defence context.

This article will also interest you: Investing in cybersecurity

This movement responds to a large-scale military exercise that will have to be carried out on the French cyberspace. However this is not the first edition. Exactly at the 8th. The idea is to test the defenses of state agencies to make sure they can handle sophisticated and highly crude attacks initiated by "highly sophisticated state groups."

The current context describes the situation and the need. Cyberattacks abound today and we must be sure that the defences are ready and sufficient.

The exercise is referred to as "Defnet" for "Defense Network."

"Cyber defence, these are all the measures that will allow you to detect an attack and then, to be able to react to it. For me, commander of cyber defence, I clearly identify an enemy that has planned an operation and is unfolding it as it goes along, possibly attacking several systems in parallel. These hundreds of cyber-combatants that I have the pleasure and honour of commanding, animate are there to protect our systems, in the broadest possible sense, that is, networks but also highly digitized weapons systems or even digitized industrial systems called "SCADA". We need to understand all this so that the military system is resilient in its digital system and can continue to do its operational missions and its day-to-day operation. general Didier Tisseyre, general officer and commander of cyber defence at the Ministry of the Armed Forces, said.

This full-scale test will cover the entire set of computer attacks, particularly those that are topical:

– The theft of sensitive and personal information

There are 388 computer incidents planned for this test. They will all be real and may even involve warships and sensitive infrastructure such as weapons systems.

"This vast exercise, organized for the first time since Rennes, involves nearly 260 cyber-combatants; it has the ambition to also arouse vocations. 14 higher schools in the West and Ile-de-France are associated with these major cyber defence manoeuvres. And as stipulated in the Military Programming Act 2019-2025, the army aims to recruit more than 1,000 new cyber combatants and the state has decided to invest 1 billion 600 million euros for the "fight in cyberspace", notes General Didier Tisseyre.

In the end, it can be remembered that the French government has the wind in its sails with regard to the cybersecurity of these organizations in public.The best defense being of course the attack in terms of computer security, this test will have of course on its lot and lessons to be learned.