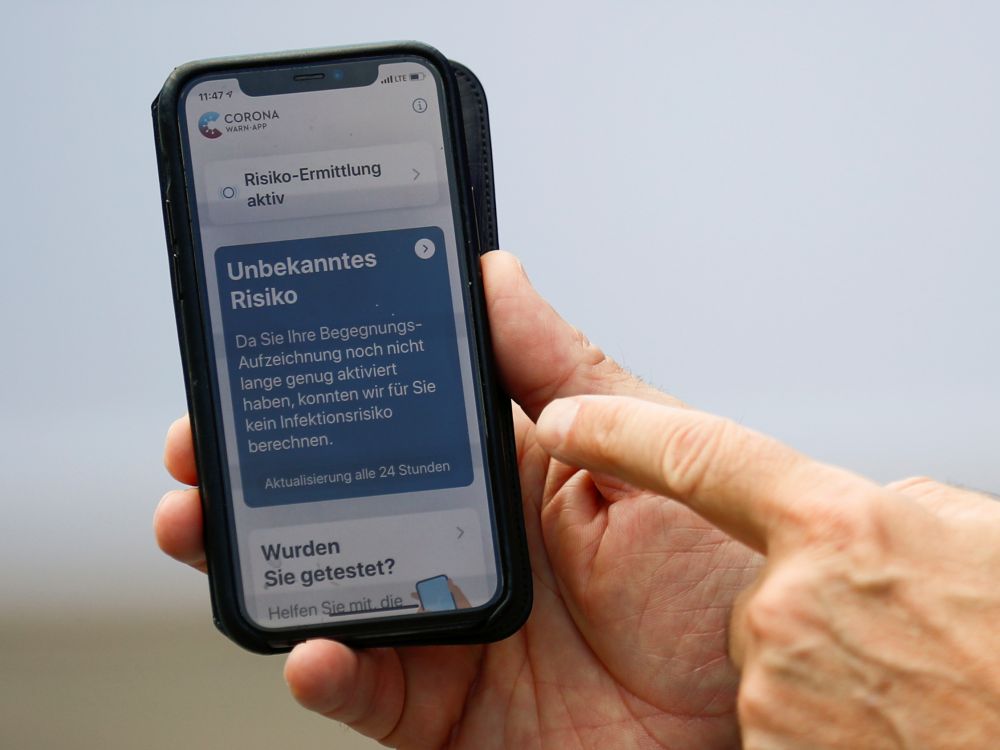 On Tuesday, Germany issued an appeal to the public to urge the download of its mobile tracking app called Corona-Warn-App.

It should be noted that lately, on the side of applications are those intended for mobile tracing of individuals who are current. The aim is to effectively combat the spread of the virus that is the cause of this pandemic.And of course, many countries like France have invited themselves into this sector.

Some developers on Microsoft's GitHub platform explain the situation of the German application: "This project aims to develop a technology-based application with a decentralized approach – strongly inspired by the DP-3T (Decentralized Privacy-Preserving Proximity Tracing) and TCN protocols and based on the Privacy-Preserving Contact Tracing specifications of Apple and Google. Like DP-3T and TCN protocol, applications and backend infrastructure will be fully open source – licensed Apache 2.0! Apps (for iOS and Android) will collect pseudonymous data from nearby mobile phones using Bluetooth technology. The data will be stored locally on each device, preventing access and control of data by the authorities or anyone else. We will comply with applicable data protection standards and ensure a high level of IT security. In doing so, we are addressing users' privacy concerns and thereby aiming to increase the adoption of the application."

Now, this application that will cost Germany nearly 3 million euros per month, can be downloaded by the targeted people whether on the platform of Android or iOS. On Apple's platform, it will run on devices that work with iOS, the latest version. A version that is usually shipped from iPhone 6S models. This means that any user of the iPhone 6, 5 or 5S or any previous model will not be able to use this application. For mobiles running on Android, Bluetooth LE must be supported for the efficient operation of the application. Operating with Google APIs, the operation of the app requires that Google Play services be required to be enabled.

Regarding the application, Health Minister Jens Spahn said at the launch event: "This application is not a panacea. This is not a free pass. But it is an important additional tool to help contain the pandemic." Like Poland, Latvia and Italy, Germany is also launching its tracking software based on the technologies offered by the two American giants, Google and Apple. Unlike in France, information related to Bluetooth contact is not centralized on a single external server. In the condition such as that of the German application, user privacy is preserved because the information is stored directly on the devices.

Although the source code was revealed in Open Source, some concerns remain: "I know the source code is on GitHub, but how do you know that the app in the Play/App Store was also compiled from this code? asked a speaker at the launch ceremony. To this question, one of the developers in charge of the application replied: "You must have confidence in us or the Robert Koch Institute. At the official press conference in particular, our technology council explicitly confirmed that we will be working on reproducible versions. ». Another commenter said: "It would be great if you could allow Android users to run reproducible versions to verify that the version downloaded from Google Play is 100% equivalent to the source code here on GitHub. ».

Other questions were asked of the authorities, namely it is not just the application on the operation of the terminals on which it will be installed: "Does the application affect my data volume and, if so, to what extent? ». The experts in charge replied: "There is no impact on the volume of data. All suppliers have given assurances that the data transmitted is free, the keyword is "zero rate". "The app regularly checks on the Internet if you have met someone who tests positive. As a result, the application has minimal effects on the volume of data. I count about 6KB an hour. "The app consumes about 1.5MB per day."

In addition, the German government's health minister wanted to clarify that the performance of the software will depend on how the people who download it will use it. He therefore urges people who are used to using public transport to install it on their smartphones, until their participation would be of qualitative importance.