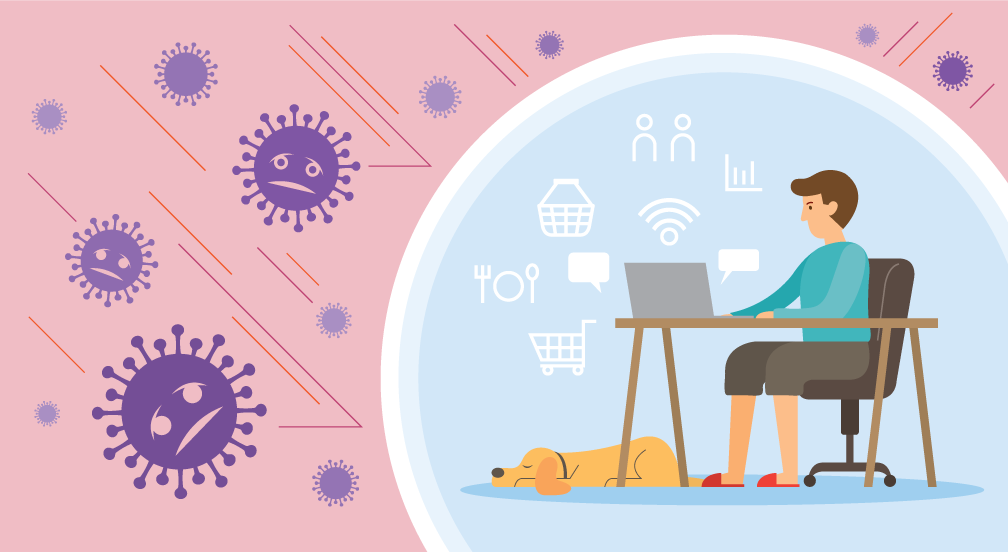 The experts are unanimous on this issue.

The phishing rate has increased considerably. This method of computer hacking is at the highest level. It is preferred by hackers simply because in this period of confinement, it is easier with a simple mail to cause a lot of damage.

This article will also interest you: Covid-19: how to keep your privacy on the net?

Mohammed Boumediane, head of Ziwit Group, a French firm specializing in detecting vulnerabilities on the Web, highlighted this aspect of the problem: "E-mail attacks have increased sharply. Beware of phishing campaigns, which seek to steal personal data from users. Do not open suspicious emails, do not share personal data, do not click on a link… Employees in telework need to be even more vigilant than usual."

Telework also greatly helps cybercrime. Indeed, not being really prepared for telework, many workers are at risk of using or already using certain terminals whose use was intended for the fun or for other personal use simply, and this is already a big problem in itself. "The environment and the framework are very important for concentration. An employee in telework is less sensitive to the risks of computer hacking. It is also in a risky environment with multiple mobile phones, game consoles, connected TVs… Mohammed Boumediane explained. "It's important that companies take the time to implement minimum cybersecurity measures, and if they haven't, they're at great risk. Hackers are adapting and now have easy targets and gateways open to large companies. the expert notes.

It is clear that the environment plays an important role in securing companies' information systems. So since the beginning of this pandemic that has led to an explosion of telework, several practices have been recommended to companies. Experts keep asking about some of the most basic methods to combat cybercrime, which is on the rise. "It is also necessary to have a VPN, which allows two computer systems to be connected remotely with more security. The precaution remains the order of the day, you really have to be very careful not to click on any link in an email, not to communicate your data or identifiers, to install nothing and to apply the updates. recalls the boss of the Ziwit Group. In addition, an important aspect must be raised when talking about telework. Software for remote collaboration.

Indeed, remote collaboration means of course remote collaboration tools. As a result, several applications are constantly used, some of which are the most privileged, such as Skype and Zoom. However, it is not uncommon to see such programs associated with scandals or security incidents. This usually raises the question of who to really trust. "In the past these applications have had security problems," says the expert, "there is also a sovereignty issue. I recommend using them because they are practical and popular, but don't share important or critical data. You should prefer e-mail with a PGP key for example (…) However, applications must be used in accordance with the RGPD (General Regulation on the Protection of Personal Data), respect the privacy of users and favour French or minimum European applications. It can therefore be guessed that zero risk does not exist, however, the discipline of the users of these tools matters most.

According to Mohammed Boumediane, hackers have not changed their focus, both in terms of their practice and in terms of the data they are interested in. Which implies that the opportunity, if it offered them, will be used for profit. and the damage is likely to be greater than before. "There have been some targeted attacks on hospitals, not to steal private patient data as usual, but this time to try to cripple the functioning of health authorities. As we have already reported, the next attacks will not be ransomware but destruction attacks. stresses the expert.