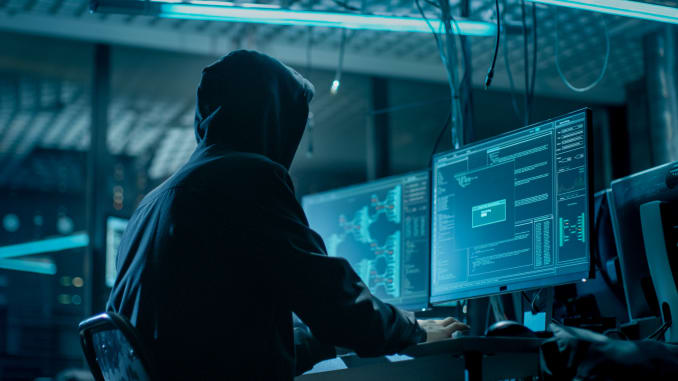 Cybercrime: top 4 of the biggest takeovers of the authorities

Cybercrime is growing year after year.

Just as technological progress makes life easier for everyone, it is in this same way that cybercriminal also takes advantage of this technological evolution to sow trouble. So we're going to engage in an unrelenting struggle between them and the authorities at the expense of power and regulation of technologies.

This article will also interest you: What is the place given to cybersecurity?

Today, there is a development of police or gendarmerie specializing in the tracking and incarceration of cyber criminals. During the year 2019 they were seen implementing them on several fronts. We decided in this article you are talking about 4 of the biggest catches of these authorities.

1) The Case of the Rhône Millionaires

From the beginning of 2019, the authorities were in action. Precisely during the month of January, in the Rhône region of France, 3 individuals were apprehended by the police authorities. They are known to be managers of companies operating in the insurance sector. And also millionaires. They are accused of defrauding about 8,000 French people by usurping the support status of the American firm Microsoft. According to the authorities, this scam has earned our cyber criminals more than 2 million euros. Authorities decided to take action after finding several complaints about the online platform for cyber-harm since December 2017.

As of May 2018, an investigation was opened by the Paris prosecutor's office. The deception does not really require the important knowledge of computer science. All you had to do was send messages that were meant to trick targets into believing that the terminals were infected with viruses. To succeed in deceiving the vigilance of the targets, the message was accompanied by the Microsoft logo. This allowed them to achieve their goals since the majority of the targets were the elderly. Eventually they were arrested for: "scam and money laundering in organized gangs (…) fraudulent entry of data into an automated data processing system."

2) Europol and the band of cyber-offenders

This time it is May 2019, the European police who are tracking a group of which proceeds in much the same way as the previous ones. However, this group has specialized in smartphones. they encouraged their victims to download anti-virus programs after they were to have made it look like they were infected with malware. that network that has been dismantled Europol is accused of having claimed more than 41 thousand victims by using a Russian malware. This campaign of cyber-malveillance would have more than $100 million. According to the European police cooperation, criminals had been prosecuted in several countries including Moldova, Georgia, Ukraine and the United States, United States

Towards the end of August this year, the gendarmerie French national government, precisely its centre for combating crime digital technology has managed to defeat a group of cybercriminals by taking them into their own game. Indeed, after managing to infiltrate the server of the cybercriminals, the authorities have succeeded to put an end to the activity of malware that has been implanted 900,000 computers worldwide. Saving several computer systems that could have been targeted by this implementation criminal.

4) The case of blackmail by email

Last September, police arrested a French computer scientist for attempting to blackmail him by e-mail. The latter proceeded intelligently, always putting psychological pressure on his victim. Indeed, he made him believe that he had managed to penetrate their system. The latter is informed via email. By claiming to have intimate images or other sensitive information, they demanded a ransom of up to 500 euros but in bitcoin. According to the police, the latter killed more than 30,000 people with a goal and was worth the 20,000 euros.