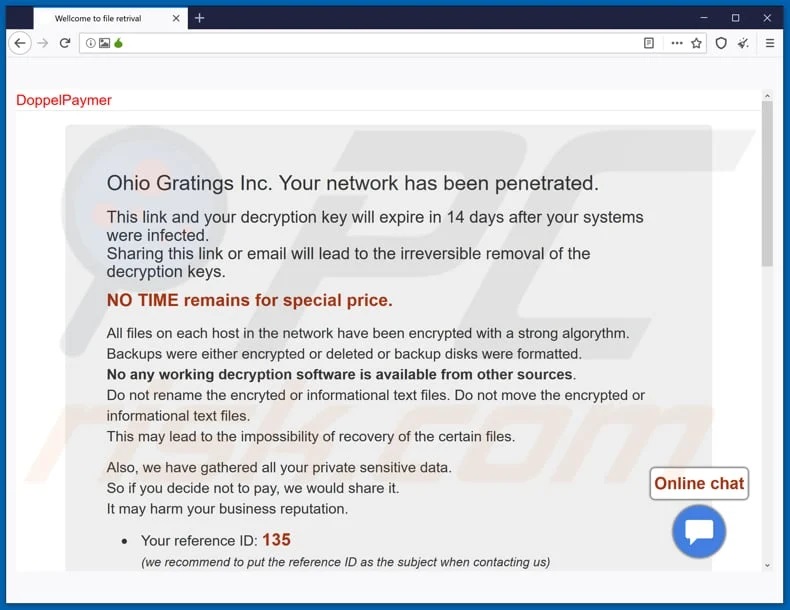 More and more communities affected in France by ransomware

Last Tuesday, the city of Mitry-Mory had its confidential data published on the internet.

Since the beginning of the year, local authorities have been increasingly affected by ransomware attacks. The health crisis has in some way benefited hackers who have the wind in their sails.

This article will also interest you: The island of France to the test of ransomware

The long list of French communities affected by the attacks has just grown with Mitry-Mory in Seine-et-Marne. Hackers who tried to blackmail city officials without success decided to publish online the data stealing from the city's computer system under his control. The goal, of course, is to put pressure on the community to give in to blackmail. According to the city's top officials, she will not pay the ransoms demanded anyway. Moreover, she reportedly received "no new ransom demands".

The municipality explains its firm position because "no confidential or harmful data for the citizens was stolen". It should be remembered that the city was attacked during the week of July 18 and 19, 2020. The ransomware used here is famous for its kind and it is "DoppelPaymer".

As a result of the development of telework due to the health crisis, community computer systems have been more than vulnerable. The proliferation of remote workstations has been a determining factor in this explosion of cybercrime directed against them. And we should expect even more attacks in the coming months.

"Between January and September 2020, industry, local authorities and health were the sectors of activity most affected by ransomware attacks processed by the National Agency for Security of Information Systems (Anssi)," said François Deruty, Anssi's Deputy Director of Operations, at the launch of Cybermois, an awareness event that usually begins in October each year.

In addition, according to a report provided by the Computer Security Professionals Club, 30 per cent of the communities surveyed in their surveys (approximately 200) said they had been hit by ransomware. And 53% of local authorities don't even communicate about computer incidents so they are victims. Some had to inform their constituents because they were unable to hide the incident.

Here are some communities that have been identified by the CLUSIF as a victim of cyberattacks.

– Saint-Paul-en-Jarez, in the Loire, in January. The community was hit by Sodinokibi, a ransomware that appeared in April 2019 and was used against several cities in the state of Texas, according to a report by the National Information Systems Security Agency.

– in Isère, several municipalities have been victims of the same kind of cyberattack, notably Crêts-en-Belledonne or Tullins-Fure, again at the beginning of the year.

– The metropolis of Aix-Marseille-Provence, e March, with the city of Marseille and Martigues, victims of ransomware, causing a lot of damage on the eve of the municipal elections. The attacks coincided with the beginning of the containment period.

– In Morbihan, 2 municipalities were also affected by computer attacks.

In the aftermath, the National Information System Security Agency issued a warning set followed by an update of known information on the Mespinoza/Pysa cryptovirus, a malicious program used against computer systems in the Bucco-Rhodanian communities.

In early September, the data collected during these various cyberattacks was put online by hackers. "It is now important to take into account this new risk to data privacy, which can lead to important implications for RGPD regulation," says The Cybersecurity Policeman on these new practices.

During the month of July, in addition to the computer attacks that targeted the city of Mitry-Mory, the department of Eure-et-Loir was also affected by such incidents. The community was literally paralyzed for several days at the computer level.

In addition, "90% of attacks could be resolved with regular updates, solid passwords and offline backups. Jean-Jacques Latour, the expert for cybermaveillance.gouv.fr, the government's cyber threat prevention platform.