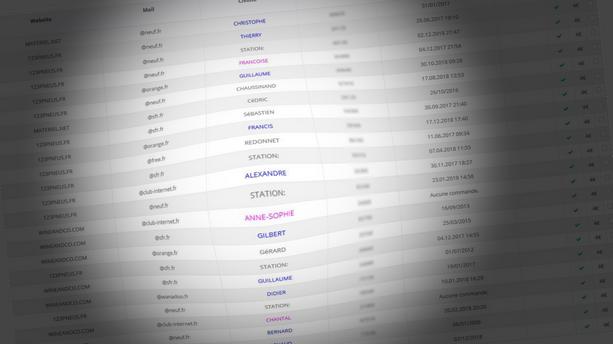 It has been brought to the public's attention that several people, particularly officials and even elected officials, have been hacked.

Indeed, their passwords were allegedly stolen by hackers and exposed on the dark web. Given the position of those affected, vital information could be compromised.

This article will also interest you: The UN, victim of computer hacking?

MPs, members government officials and even officials who specialize in security breaches are all victims of this hacking. "Even the directors of the Security Quebec and a federal deputy minister of justice were victims of the theft in the over the past few weeks. " finds Bureau of Investigation. He later added: "These leaks do not mean necessarily that government computer systems have been directly Infiltrated. ». However, one thing is for sure, it can all easily help hackers to attack government systems and networks. Indeed, according to the Ministry of Canadian Education, with a single password hacked, is close to 360,000 teachers who have been exposed to a computer security breach and a theft of personal data.

According to some hackers passwords discussed here would come from data leaks already known on platforms such as Dropbox, LinkedIn or the Ashley Madison dating site, others dating back several years. This means that people password thefts, continued to use data who were corrupt, and this on professional platforms.

This kind of attitude irresponsible on the part of professionals "facilitates the lives of hackers, when you have 90% of a password, it's easy to use a robot to have it at complete! Explained Mathieu Jacques, the founder of the consulting firm Cybersecurity, Microfix. And when the hacker managed to decode some information like this they simply sell them to the generally offering to spy entities or even cyberattacks.

the experts believe that government authorities are not doing enough to prevent prevention, but information from their members. Especially when they are involved in data leakage. because in the majority of cases several people don't even know they're involved or affected by data leak. This issue was raised by François Daigle, Deputy Minister Justice Delegate: "I'm going to go ask why, if a journalist from the Journal de Montréal is able to find this, I wa[ne]s not informed earlier." "If my password circulates with an email, this is not very reassuring! Thanks to the Journal for notifying us, we're going to take some measurements. François Croteau, a liberal, noted.

The Montreal police said: "An investigation showed that no sensitive information had been compromised. A package of measures has also been put in place to prevent these email addresses from being misused. ».

CategoryHacking
Article Précédent : A hacked construction company: the supplier's fault would be the cause
Article Suivant : Data leak at US operators T-Mobile and Virgin Media