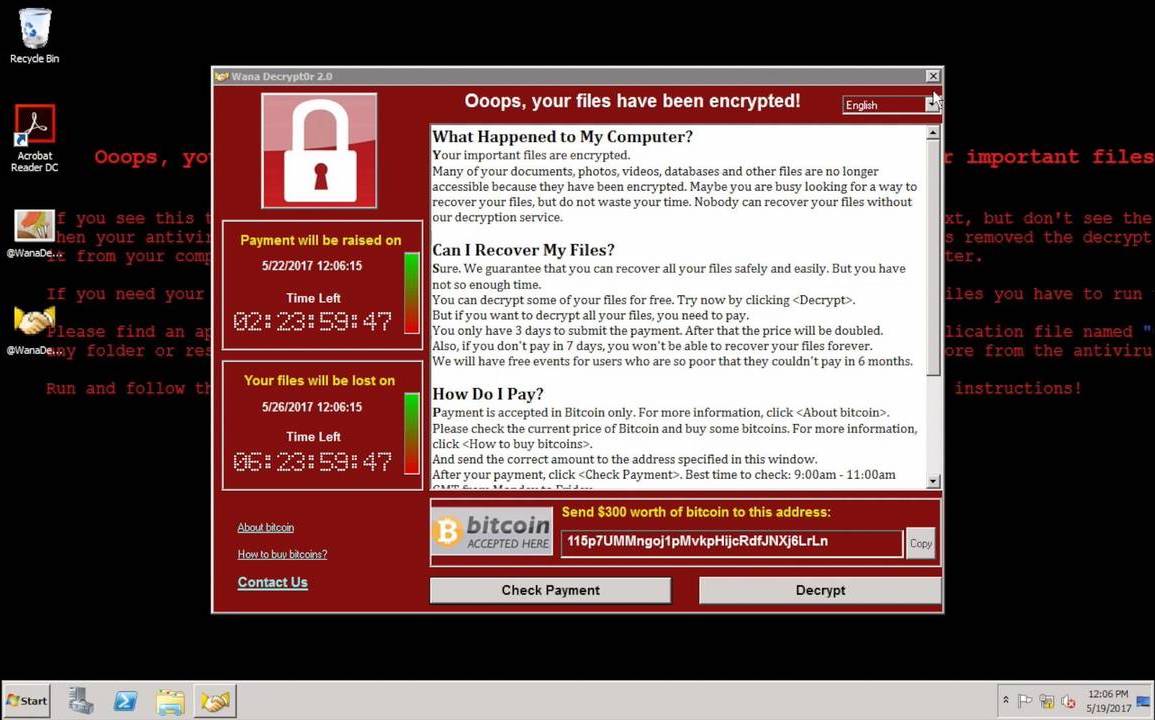 A malicious program that had the possibility in record time to paralyze the IT activity of a company. It's been two years since this program was identified, it continues to scare it officials of computer security.

It's simple, WannaCry is a computer virus that attacks the system that are not updated. We all know that the update is for a user to fill potential security flaws in the devices they use. It develops when a bug or security flaw is discovered in the system. Then the editor will design a fix that will have to be downloaded by users.

However, it was discovered that prior to the WannaCry virus explosion, companies were neglecting the update phases because it believed that the process would interfere with the structure's business activities. According to a study by cybersecurity firm Tanium, nearly 95% of IT security officials refused to apply security updates because they feared it could have an impact on the company's business. If this kind of neglect was not a problem before, the arrival of the WannaCry computer virus has caused more damage than it should in principle.

In less than a few hours, hundreds of the systems were rendered inoperative, which of course did not fail to create a wave of awareness in the management of computer parks. the update has now become something not to be overlooked, because if some officials had played their part correctly, by running a simple update, some damage could not have happened today. However, it was revealed by another study that companies feel they have difficulty updating their computer parks for three major reasons:

So how do you know if you need to update machines you don't even know about? That's impossible. To give an order of magnitude, if you take a computer fleet of 20,000 PCs and servers, that's between 2,400 and 4,000 unprotected posts that are all open gateways for hackers! explained Dagobert Levy, Tanium's South Europe Manager.

He also explains that hackers realize that IT hygiene is a real weakness for businesses. For this reason, the company he represents, Tanium, makes its recommendations to all IT security managers: "to have a reliable, real-time knowledge of their COMPUTER fleet and the ability to instantly launch large-scale actions."

Categoryvirus
Article Précédent : 5G- a break in IT security
Article Suivant : How do you keep your WordPress site safe?