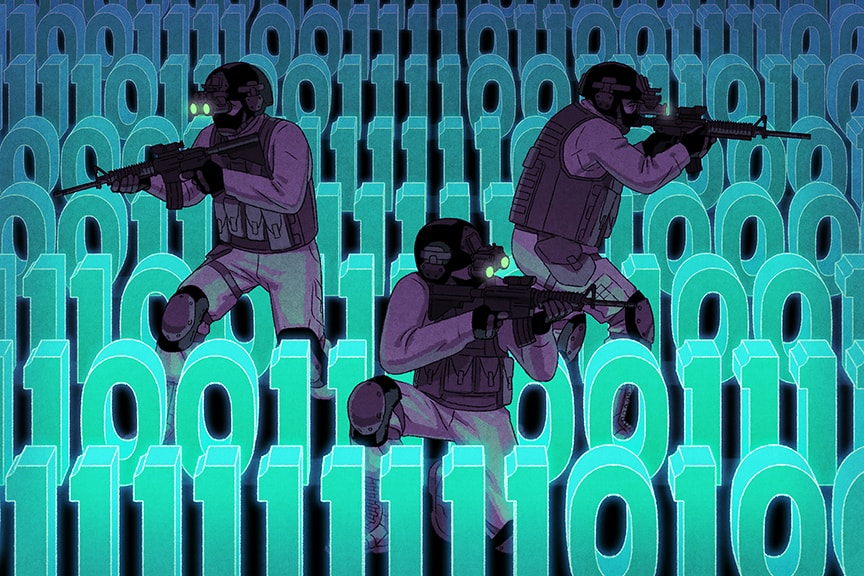 Venafi, a specialist in computer security and identification, has produced a report on the reports that could be described as belligerent at the digital level.

This report is the result of a survey-based study that focused on offensive hacking. A study that involved more than 485 professionals in the cybersecurity sector.

This article will also interest you: Billions of people using Android devices are exposed to computer attacks

In the report, it was observed in the study that nearly 88% of cybersecurity experts have recognized very clearly that today's world is in a state of cyber warfare. 90% of these experts expressed concern about the damage that could be more and more extensive on infrastructure if this continues in this way. According to 60% of security professionals, the various sectors of transport, medicine, water and electricity are clearly vulnerable. "Security professionals are constantly under siege by highly sophisticated actors targeting government, military and private organizations," said Kevin Boeck, Vice President of Security Strategy and Threat Intelligence at Venafi.

He added: "Sophisticated cyberattacks that are the hallmark of nation-state attacks often target the keys and digital certificates that serve as identities for machines. These essential security assets are often poorly protected and allow attackers to hide in encrypted traffic, rotate on networks and listen to sensitive data. Any organization that does not protect machine identities at least as well as it protects usernames and passwords is more likely to be the victim of a cyberattack. And, unfortunately, these risks are unlikely to change in the short term because most organizations are just beginning to understand them."

The report then showed that retaliation in cyber defence is very recurrent, especially in the United States despite the law prohibiting it, the Computer Fraud and Abuse Act ». Indeed, there are almost 72 per cent of respondents who did not hesitant to assert that state authorities have the right to attack in return Hackers' terminals that attacked the structures Public. And 58% think the same for private companies. However m. Bocek notes: "Today, private companies do not have the legal opportunity to actively defend against cyberattacks…the instead, most companies should focus on putting in place more robust defence mechanisms. ».

According to some experts, this report is nothing new. Indeed, it is constant to see that every structure it is public and private regularly carries out certain processes that could qualify as espionage through cyberspace. And this was even highlighted by the collision between crypto solution company crypto AG and the U.S. government, which for several years spied on more than 120 countries through the company.