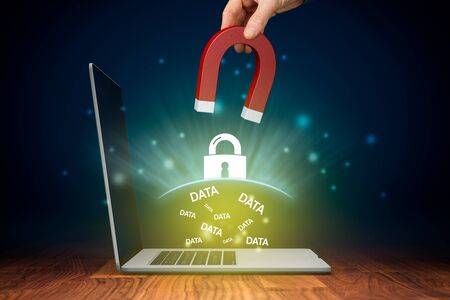 A few years ago, cybercrime boiled down to detecting about ten malware a day.

Today it is clear that the computer threat is changing more than dramatically. Computer security specialists and information system security managers can detect an average of nearly 400 to 500,000 malware per day. In other words, private and public organizations are increasingly targeted and exposed.

This article will also interest you: Has the antivirus solution provider violated the privacy rules

Security solutions such as antivirus are increasingly in demand, making the task even more difficult for the security specialist. Moreover, in a context where malware is developed to be undetectable, the security professional must redouble his efforts. Given the sophistication and proliferation of computer attacks, especially those based on ransomware, it is legitimate to ask whether antivirus continues to be as effective.

"The question implies that all people hit by ransomware had their antivirus in place, updated and set up. But that is not the case. This is less and less the case. So the increasing number of victims is not really due to the inefficiency of antivirus. Very often, infection analysis shows that the PC would have been hacked by remote access and the antivirus stopped. On the one hand, users are becoming increasingly careless about their security, on the other hand criminals have more means to trap Internet users given the growing number of popular online services. replies Boris Sharov, CEO of Doctor Web, a Russian cybersecurity company. "Everything we have discovered and highlighted about these new malwares, how they work, the flaws they exploit, has been discovered through our antivirus technologies and not otherwise. The antivirus is not an abstract tool, it is a very concrete tool. he adds. For him, the role that antivirus will have to play especially this operating on the operating system of Google Android will intensify more and more. On the operating systems side such as the single or MacOS this need will also be felt on a large scale in the near future.

Moreover, the head of the Russian cybersecurity company poses a key question. Whether companies think they have an effective security policy. This will involve questioning the practices and protocols put in place, initiated or purportedly to protect their information system. This is not limited to the company's cybersecurity policy alone. It also concerns the management of security tools like antivirus. The question is whether companies take care to update their antivirus regularly. Because how it is updating and an essential step to maintain the effectiveness of a security system.

But in another sense, it should be noted that antivirus has undergone a nice evolution since their birth. 20 years ago, antivirus could not do half the tasks they are given today. In fact, an antivirus can now analyze malware to dissect or even determine how it works. We realize that without antivirus, there will have been more victims than we count today.

For Boris Sharov, the main capability of the antivirus was to analyze and protect the system on which it was installed as well as third-party applications. Today, he is faced with a situation where he must be able to protect himself. Because many malwares are developed for the sole purpose of defeating security solutions. A very important criterion that is not talked about most often. He will later note that the right antivirus and the one that manages to adapt to the evolution of cybercrime groups as well as their different practices. Hence the idea generally raised by observers regarding the use of artificial intelligence in the development of security solutions.