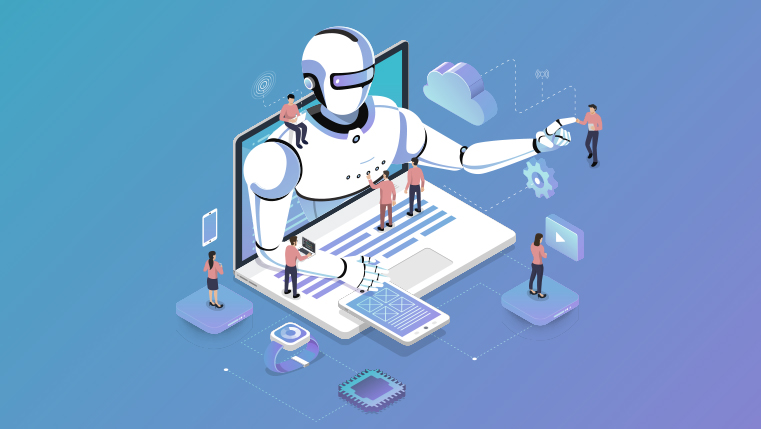 It must be recognized that artificial intelligence and machine learning have greatly affected the computer landscape over the past 5 years.

Their appearance has been synonymous with many changes, evolution but also hope. Their intervention in computer security may have been the long-awaited boost. So for now, artificial intelligence is the star of the IT landscape. For Forbes media, this is the future of cybersecurity. The Gartner ranks it in the top 10 technology trends 2019-2020.

This article will also interest you: Artificial intelligence engaged in the fight against hate speech

Such a high level of emphasis on this technology greatly impacts the belief of IT security professionals. A recent study of senior cybersecurity executives conducted by the Capgemini Research Institute found that:

– 69% , so more than a third of companies think they can't counter a computer attack without the help of artificial intelligence.

– 69% said that Artificial intelligence makes the detection of malware and cyber-malware more accurate and effective.

– 60% of professionals felt that it makes the work of security analysts more efficient, as it helps to reduce the time they spend analyzing false positives, making them more productive.

– 2020, more than 70% of companies plan to deploy artificial intelligence systems.

However, a question arises: aren't the capabilities of artificial intelligence being overestimated?

For specialists, are role in the security sector is undeniable. "AI and its associated fields, machine learning, natural language processing and automation of robotic processes, may be trending terms today, but the phenomenon is nothing new in the world of cybersecurity (…) The spam filter, for example, is one of the first occurrences of Machine Learning, dating back to the early 2000s. Over the years, the level of analysis of this tool has gone from filtering certain words to accurate analysis of URLs, domains, attachments, etc." Explained Martin Mackay, Vice President Europe at Proofpoint. He continues his developments: "But it is the latest developments in AI that are attracting the attention of the sector. And for the sake of it. AI has made great strides, helping to defend a range of threat vectors such as fraud detection, malware, intrusions, risk calculation and user and machine behavior analysis, being the top five use cases. These uses are becoming more and more common: Capgemini's research has shown that more than half of companies have already implemented at least five cases of high-impact use. »

But should we give enough credit to artificial intelligence for this. ? For, while it is undeniable today that this technology is useful in the it security sector, one does not wonder, at least not enough, what its drawbacks might be. It is for this reason that Martin Mackay recalled this: "Despite all its merits, AI is not the only sesame to use in the face of cyber threats.

Its ability to carry out in-depth analyses and in much shorter time frames than humans is no substitute for the importance of human intervention. ». Therefore, it would be better to see this technology as a simple tool, helping in COMPUTER security teams and not the way that is supposed to replace them. Because that's how we can build a very robust cyber defence. Technology and humans must unite. Indeed" a recent study by the Massachusetts Institute of Technology (MIT) showed that a combination of human expertise and Machine Learning systems – called "supervised machine learning" – is much more effective than humans or ML alone. The supervised model is even up to ten times more efficient than its ML equivalent alone. Martin Mackay noted. For while artificial intelligence is competent enough to stop several types of Cyberattacks, it remains totally ineffective in the face of others, for example social engineering through the famous fraud of the president. In this context "AI remains a powerful tool for strengthening cyber-defensive policies but cannot be seen as the only remedy for all existing threats. concluded the expert.