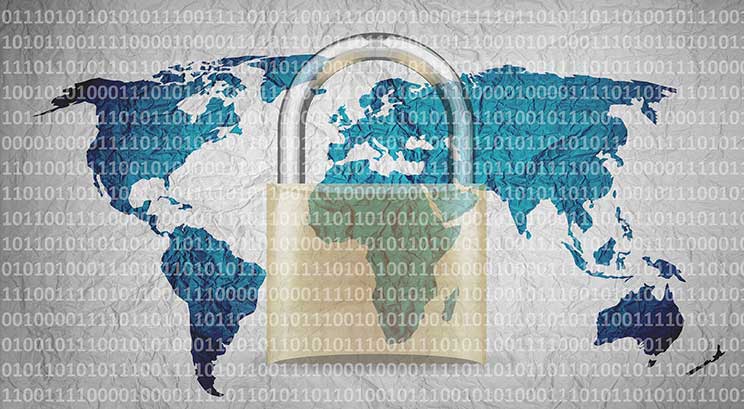 We need to protect ourselves from internal threats

In practice, if the threat tends to come from the outside, the fact remains that the interior is always involved in any way whether knowingly or unconsciously.

We will then remember the theft of data that affected Capital One Bank exposing 106 million personal data related to the clients of financial institutions. On the other hand, 2.7 million customer data from the Canadian company Desjardins also leaked through the fault of stakeholders inside companies. which leads experts to consider the internal threat to be the most serious.

Indeed at times, at see for the last 5 years, computer security breaches was largely caused by people who are present in the structures that have suffered. And in most cases, it is acts of recklessness or negligence. But we're not going to do this, too. neglect the voluntary factor. Because indeed, there are internal people companies that are victims of cyber-hacking, who are employees, whose the goal is either to get revenge, or to make a profit illegally.

In practice, it must be said that computer programs are very rarely the causes of corporate data breaches. Humans are the weak link. The weakest link. "The dangers of insider threats. They pose a different but equally serious risk for the security of the organization, especially as the threats they already have access to the company. Security measures traditional perimeters are proving ineffective in their terms. The site Wired web.

individuals described as the main threats to the corporate information system are in the majority of cases employees with authorizations or subcontractors who are often granted valid identification codes to access the building in a physical manner, not only to the building but also often to the device and terminals. this is a significant difficulty for security teams who will not know what attitude to guard against them. This is what experts call "insider threats."

And it's so simple. Let us take the example of negligent employees. They have the ease of offering a gateway to hackers by, for example, visiting the unprotected website, or by opening a booby-trapped email with malicious attachment. It is this kind of person who connects with a terminal in a public wifi, and then connects with the same terminal on the company's private network. Often these people are manipulated or deliberately lured by malicious people to do what could be harmful. for example, asking a person to play an online game to win a prize when in reality it only has a trap to push them to download a malicious program.

Financially and commercially, these are cases of conduct that can be very damaging. Beyond data loss, companies that suffer computer attacks because of the negligence of their staff also often lose customers, insurance or even investors.

CategoryCyber-security
Article Précédent : Cybercriminals and Social Networks: A Combination Not to Be Overlooked for Business Security
Article Suivant : What do we really know about the BlueKeep security flaw that affects Microsoft's OS?