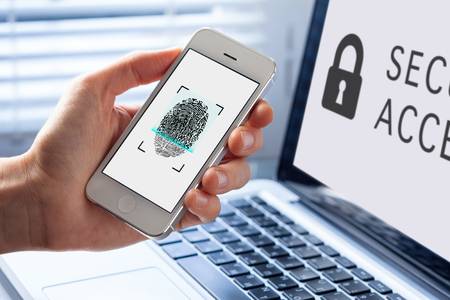 Their resets is one of the most tedious jobs there is. Not to mention that a lot of people don't even know how to define a good password.

This article may also be of interest to you: Biometric security flaws

We don't like not that our passwords are too complicated so either we do it simple, we the note somewhere we risk misplaced it or make it discover by someone else.

Pirates computers, on the other hand, love passwords because it's the way easier way to break into the system of victims of their own Shenanigans. Also, breaking passwords is one of their activities Favorite.

But today, several techniques are looming to steal the limelight from passwords. First, dual-factor authentication that allows applications to make the use of passwords subsidiary.

But beyond all that, little by little, the codes are on the way to being dethroned by the human body. This is called biometric security. Smartphones are the tools that have initiated this advance in terminal security. With fingerprint unlocking or facial recognition authentication have developed the security system, virtually excluding the password. Then we go against that putting our mark on the reader is much more ergonomic than typing codes that we often even forget. Bringing the phone closer to its face for authentication is even easier.

This news security technologies will certainly find their peak if we can get them include computers and other devices. Microsoft is working to achieve this goal: to remove passwords from the Windows 10 system by combining biometric technology and multifactor authentication through the "Windows Hello" system ». According to Microsoft, this service is used by more than 47 million people.

Earlier this year, a UK bank had in its development plan, signalled that it was testing a means of access via biometric data (fingerprints) under the Windows Hello system. The UK's National Cyber Security Center announced that government institutions should be on Windows Hello for Business by tracking the deployment of Windows 10.

However, if the use of biometric data in our security seems more ergonomic, we cannot deny that this presents a proven risk. A wrong password can be reset. Whatever it is annoying, it's possible. But when is it our fingerprint, our DNA that are permanent to them. Also, even if biometric security is enticing, before we get rid of the password for good, it deserves several questions.

Categorybiometrics
Article Précédent : The most secure smartphones in 2019
Article Suivant : 3.7 million customers of the Parisian brand Séphora for sale on the Dark Web