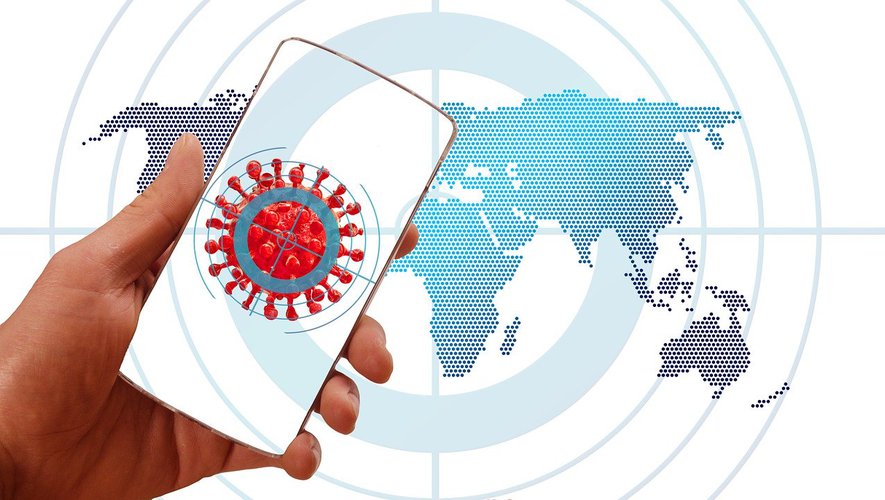 In the definitions of strategy to combat the proliferation of coronavirus, the idea was put forward to establish a system of tracing individuals.

In this way, individuals could then be alerted when they have been in contact with people who have been detected positive to CoviD-19. While this is still a project for some states and other institutions, others have already put it into practice, as has South Korea. Yet the issue is still sensitive. For many people, this issue should not be dealt with in a trivial way.

This article will also interest you: Digital Tracing and Covid-19: the risk of cyber-malveillance to be taken into account

Bruno Sportisse, CEO of Inria (the National Research Institute for Digital Science and Technology), believes that the project to create a citizen tracking system should be the responsibility of only the states. His position comes after a report that should be produced by his institution regarding the future application that will be used to help the district of the epidemic. The proposal of the National Research Institute for Digital Science and Technology in the document to be provided focuses on data management, which should be entrusted to health authorities, not only to increase efficiency but to avoid misinterpretation of data. This will gain credibility but will also minimize false positives. "If the application generates too many false positives, it's not tolerable, it means you have to change things in the system. For this to happen, the health authority must have "the hand" on the system and its algorithm, Mr Sportisse told AFP.

"The data, shared voluntarily following screening, would be the anonymous and temporary identifiers of the devices crossed during the incubation period of the virus: nothing that can find the identity of the people concerned or to recompose their social interactions. " describes the INRIA leader.

But that is not enough to end the debate. The importance of the central server in this debate makes it even more difficult to take a stand, especially since it has virtually stopped an initiative at European level. While the principle of anonymity and compliance with privacy rules has been put forward, nothing is so obvious when it comes to data management. In addition, researchers at the École Polytechnique in Lausanne, Switzerland, who had previously proposed a slightly more decentralized project, expressed concern about the lack of transparency in the organisation and direction shown by states in such a project. For the latter, centralized solutions are risks and certainly facilitate data manipulation. On this issue, Mr. Sportisse reassures by explaining that: "Several protocols are put in competition. It's healthy, it's the game of scientific exchanges. ». He does not clearly share the ideas that start on "the supposed qualities of a decentralized system. which "are not a matter of scientific rigour." "Peer-to-peer does not exist for this type of project primarily because of the impact of security vulnerabilities that may exist. He adds. For him: "Approaches supposed to be very decentralized, which could have the favor of communities reluctant to trust a central authority" that would clearly require to set up and system that will consist of storing in each apartment terminal to different users identifiers. There will be too many details to consider and this may affect the effectiveness of the tool. It is for this reason that it maintains its position that protocols must "be the responsibility of states. ».

Regarding the software implementation of the protocol proposed by Inria, the CEO of the Institute assured that the code will be shared freely. However, it does not refer to the product partners who will be engaged on the problem, or even the timetable. What is certain is that this project will be difficult to develop without the participation of the two giants that are Apple and Google, which together own almost all the software parks of smartphones through their different operating systems. Not to mention the fact that these two Americans decided to collaborate on a similar project. However, theirs is much more inspired by lausanne researchers with a decentralized system that is beyond the control of health authorities. "Our protocol is based on other assumptions (…) The parameters of the transmission model and statistical data should not be in the hands of a private company, however innovative it may be. " told AFP about a possible collaboration with the private sector, Mr Sportisse, who is also praising this alliance "unprecedented in the history of computer science. ».