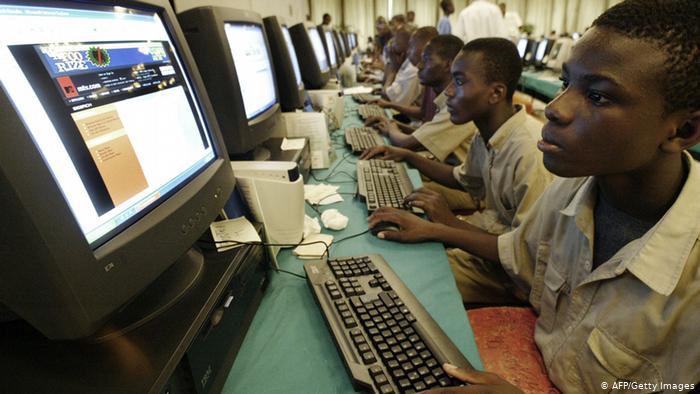 In an interview on France Television in April 2018, the president of the non-governmental organization, Internet Sans Frontières, Archippe Yepmou said: "Governments and civil societies must be aware that personal data is the oil of the 21st century, the raw material of the information economy and the democracies of tomorrow. In Africa, if we do not pay attention to how they are harvested or treated, we can cause a reversal of the democratic agenda. For personal data will enable authoritarian regimes to strengthen their power and tyranny over the masses. On the other hand, if the individual is considered to be the owner of his data and the state must protect it, the protection of both the individual and the community is protected. Second, governments and civil society must also become aware of the geopolitical dimension of personal data. It is an issue of national sovereignty. If a state leaks its citizens' data outside, it may eventually be used against it."

in these terms, it raised the major problem that was opposed to Africa, now the age of very complicated management personal data.

we have all noticed that, increasingly, the Internet is beginning to gain ground Africa.We are witnessing a "digitization" public and private institutions. However, the legislation as well as administrative instructions to secure the whole of this digital revolution do not follow. we clearly witnessing an administrative as well as police legal deficit. The worst part of all this is that this situation does not seem to want improve. Exposing many users of digital solutions to across Africa.

According to a study conducted by the Digital Report in 2018, there are nearly 435 million Internet users and about 191 million social media subscribers in Africa.These many African digital users produce billions of personal data every day, which comes from the use of social networks, online payment systems and cloud storage services.

This is information generated by Africans that is used by local and external companies for advertising purposes without any control or monitoring by governments, in most cases. Let's say that the average African user of the net is exposed. In addition, some countries even accept that the personal data of users of digital services should be transferred outside the African continent.

that which could easily explain that this failure, will surely be the lack of legal framework. The regulations are not there. And the giants of the digital technology makes the most of it.

Unfortunately this has its effect. We remember the scandal that erupted in March 2018, involving Facebook and the British firm Cambridge Analytica. We know that of the millions of data that were hijacked, some of it came from African users. However, during hearings and investigations, no African country reacted or even held the American giant to account. This passive attitude of African governments to what could be considered one of the biggest data leaks involving the responsibility of web giants speaks volumes about the importance they place on the security of their fellow citizens' personal data.