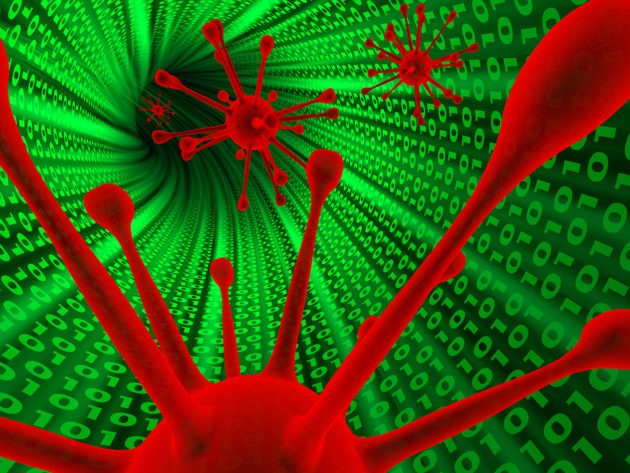 Malware that puts our computer security at risk

They are called "computer viruses," spywares, "Trojan horses" etc… There are many of them and can destroy your device in the blink of an eye, or very slowly, without your knowledge.

Spyware, called "spyware" or spyware is a software or sub-program, created with the intention of collect personal data on its users and to bring it to its creator, or to any person concerned via the network Internet or any other computer networks, without having in any way obtained any authorisation from those users beforehand. In other words, it's software that allows people to steal information without even if they don't notice.

However, there is software to help delete. Among many others, we have the Ad-Aware software and the Spybot can delete them.

The most famous of all, the computer virus is a pernicious computer program bridle created and developed for it will happen again. This ability to duplicate itself can greatly affect your device (computer, phone without requiring your permission and much without your knowledge. More technically, let's say that the virus it will add to one of your executable software and replicate automatically on any other executable program you launch.

A worm or worm in English, is a particular type Viruses. In addition to duplicated in the system, computer worms will undermine the integrity of the system or terminal. They are known to be destructive and you can protect yourself from them by installing antivirus.

A Trojan horse or trojan in English, is a program that, once introduced into the system of any terminal, transforms into valid software. But in practice, it contains a hidden illegal functionality. Thanks to this feature, the mechanisms security of the terminal's system are bypassed, which will allow the manipulator of the Trojan horse, to penetrate without the user's knowledge of the system, in files to soak them, modify them, steal them or steal them destroy. Unlike a computer worm, the Trojan horse does not duplicate itself it can remain safe for the system, within a system software until the date scheduled for activation.

A keylogger, a keylogger in French is a program that records users' keystrokes. Generally, it is used to steal example login credentials, usernames or a password. This software is very discreet but remains ineffective against biometric security systems.

Dialers are software that use certain numbers they dial to connect your device to the Internet.

Dialers are still not used by ill-intentioned people. Indeed, they may not pose a danger and be justified if they are from your internet service provider. However, some dialers are malware and may in some cases some cases set up without you even noticing. On your and dial a very expensive number. To protect you, there's nothing like that prevention. Always download on sites Regulatory

A rootkit is a program, let's say a "kit" to become a machine administrator.

It is a very complex malicious code that attaches to a terminal and sometimes to the core of the operating system.

In this way, he may be able to take control of even a computer he had you trace. Plus it is very difficult to detect. It is used by hackers to take control of the machines, passing not a pre-existing flaw. As soon as it is installed, this program works as the true master of the system. Even anti-viruses are forced to go through it to run properly.

Categoryvirus
Article Précédent : Google introduces a system to connect websites with biometric data
Article Suivant : How do I use a Trojan horse?