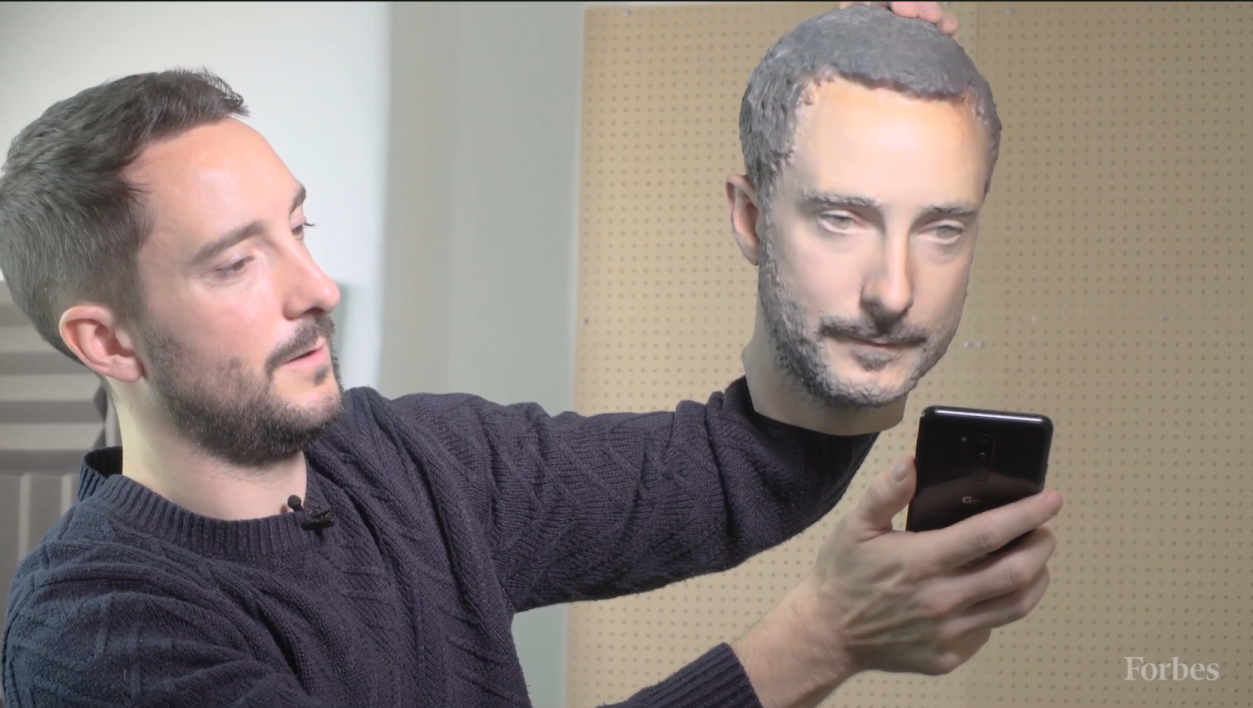 When the facial recognition system is deceived by a 3D print

Following a test conducted by an American media, it was revealed that a simple head printed in 3D was able to fool facial recognition technologies embedded in several smartphone models.

So the question of whether the facial recognition that is embedded in our smartphones is really reliable like the password that is so much criticized today by computer security specialists, we really need to find a satisfactory answer. Or maybe ask if the face can be hacked. At least that's what has been demonstrated by the American media Forbes. The Forbes journalists used a head in a 3D. After having it analyzed by the facial recognition system of more than fifty models of smartphones, it was observed the recognition systems were handmade by a simple copy.

This article will also interest you: The controversy of facial recognition technology

Made from plaster as raw material, the face used managed to unlock more than 4 brands of phone running Android. These include Galaxy S6, the LG G7 ThinQ, the one plus 6, and the Galaxy Note 8. But the opposite of these Phones under Android, Apple's iPhone x was not deceived by the face modeled in plaster.

The anxiety then becomes more formalized. All of these phones use the facial recognition as a security system, one wonders if we are not facing a big flaw. In addition, the system Microsoft's "Windows Hello" facial recognition has also succeeded in don't get having to be dummy-faced.

To try to justify itself the Korean company LG tried to put it in perspective: "At home, Facial recognition is a secondary unlocking solution (…) we we want to improve it with a second stage of recognition that we are developing."

On the Samsung side it was noted that "recognition facial is a less secure solution than a password or a PIN ». And this can be understood when we know that the Korean giant Samsung prefers rather to update the iris recognition of the eye, a security system that could not be deceived by the modeled face.

However, we would have to go back to the starting point. This system has been presented several as a very effective means of security. Its deployment is becoming more and more. Especially in terms of smart phones. And it is not uncommon to see in the majority of new models new models this automatic on-board system. It is being used today for a number of things. It is no longer confined to unlocking your smartphone.Today's users have the option to use this system to make online transactions for example. We remember then that in 2017, Apple had notified that facial recognition was safer than reading the fingerprint. However, security vulnerabilities and bugs have not stopped questioning the reliability of this security model.