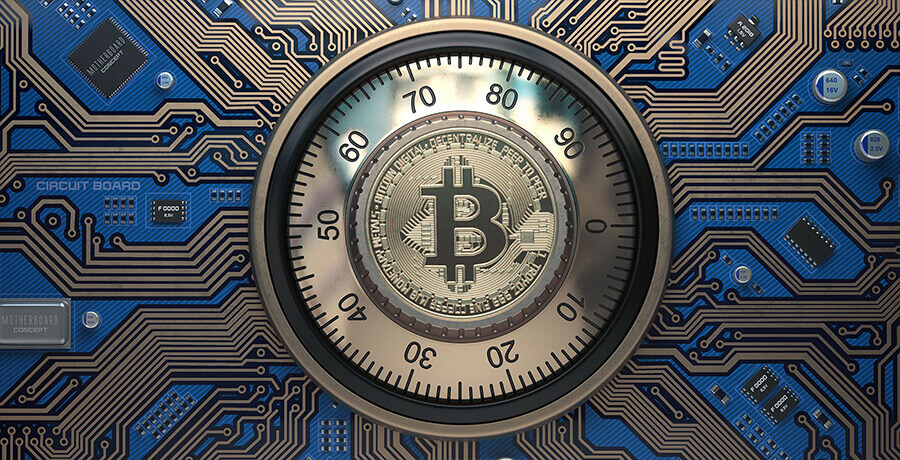 5 things you can master to secure your Bitcoins

Storing your bitcoins will depend on the key used. The first rule bitcoin storage is to have in its own possession of a secret private key. A password that will serve you ID that allows you to access your bitcoins and also use them.

If this key secure, your bitcoins will also be in security. But you have to remember something important. If you lose your security key, you lose access to your bitcoins. So using them safely depends on you. Choose portfolios reliable enough to serve as a bitcoin storage bank. The advantage with this currency is that it can be keep online or offline.

It should be noted that all the exchanges that take place with bitcoin must be framed by military rigour. Indeed, when you use a conventional currency and the transaction is flawed in some way, it is possible thanks to regulations to require restitution or refund. Unfortunately this is not the case for bitcoin. Any transaction made by bitcoin is irrevocable. that which means that if you lose in a transaction, you don't have a law will require any restitution or compensation. That's why it was asked to be very careful of all activities bitcoin payment. For example, in the instead of 50 bitcoins you send 500, you don't have no legal means to demand restitution, other than to rely on the good faith of your interlocutor.

In principle by using bitcoin, you are in anonymity. indeed, this currency is not linked to no physical identity or a login ID. However, there is a limit to observe. Anyone can track virtually any bitcoin wallet. However, they cannot identify the owners. However, when registering for an exchange of crypto currency, it is required to reveal often his identity. from the more stock market transactions will be raised on the bitcoin portfolio, which could also expose the identity once again. In other words, the use of bitcoin is confidential, however some vulnerabilities expose the identity of the user from time to time. by elsewhere if there is a need to reinforce your anonymity in the use of bitcoin, you can use Use the Tor browser. Several solutions exist for more than confidentiality. some portfolios ensure you the anonymity you want like Monero, Zcash and Dash.

We all know that when it comes to security against hacking, bitcoin is in the safest category. Indeed, blockchain technology is one of the most secure in the world. The only risk potential that could exist would be a more than 51% of the bitcoin blockchain. What is very unlikely but not impossible. However, the terms and conditions of such a attack require more effort and the return gains will be very Insignificant. Clearly, there is nothing to gain from hacking bitcoins. You lose more by doing it. Another risk for bitcoin hacking is the quantum computer. A more powerful computer and more efficient than any computer. however this machine does not yet exist. And means are developing to protect themselves from it. But where hacking can hurt, it's the one that's going to target the owners of bitcoin or wallets. Indeed, if bitcoin is difficult to "hack" or impossible today, it however, the holders are. In other words, they are the weak points of bitcoin. Their hacking will allow hackers to steal their precious currency cryptographic where to cancel a transaction.

We know that bitcoin has always been a currency without a state and without a central bank. And this has always been a problem for existing state systems and agencies. So we will not be surprised to see that more and more countries are starting to adopt regulations to better monitor and frame this cryptographic currency. This will increase some difficulties related to the acquisition and disposition of this currency. But on the other hand, these future regulations to better ensure the rights and freedoms associated with the hitherto difficult use of bitcoin.