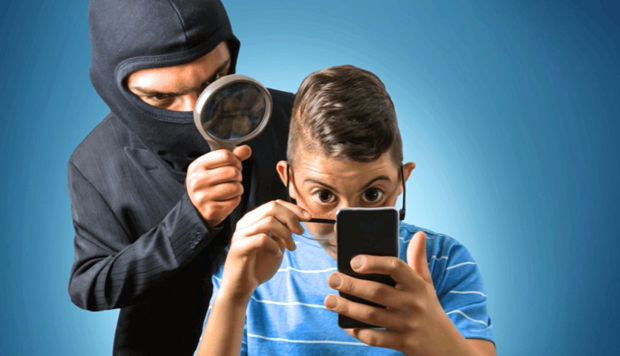 What if your smartphone was spying on you?

The question of whether we are being spied on via a smartphone is not really new.

However, it still deserves our attention. The New York Times, the U.S. media outlet reportedly made a recent discovery of a database containing more than 50 billion location data that was collected via smartphones. Apparently all of his data would have tracked the movement of nearly 12 million U.S. citizens. They are therefore proof that the mobile phone, in particular, smartphones are tracers.

This article will also interest you: ToTok, are 10 million users spied on?

It should be noted that the data collected for geolocation are "pings." In particular, they allow us to have a rather disconcerting precision on the travel made by millions of people, American of course and this in large cities such as New York, Washington, San Francisco or Los Angeles.

After another analysis, it was said that all of this data was sufficient to uncover very sensitive and intimate information about the people targeted. Because even though these data seem to be anonymizing, with practice and technique it is possible to deduce several very clear types of information that will surely allow you to identify individuals, especially through travel between points such as homes and work points. For example, after determining where the an individual's home, it is simply a matter of researching Internet to determine identity of the inhabitants of this place. This is how the American media managed to track the movement of several U.S. military personnel, mostly officers, children of political figures, including several famous businessmen and lawyers. Even President Donald Trump is not not overstepped this tracking measurement. some journalists have been able to track these movements by this method.

by elsewhere, secrets or personal sensitive information has been exposed, thanks to this data. Like untimely visits to motels at certain indiscreet hours.

by elsewhere if the majority of users know that some applications installed in their smartphones use geolocation data, few know the nature of the information to be collected and the content of it. The range is much higher and much greater a simple reference for a post on Facebook or Instagram, but it goes beyond our daily lives of our private lives.Even if this is constantly denying this data are probably resold at a gold price. and in most cases it is the advertising industry that is the main initiator and ultimate recipient of everything this. Indeed, the advertising industry is very interested in this kind of information. Because with it, it will be easier to determine, for example, where to put billboards, what are the shops or where to most visited business structures at specific times of the year. As a result, the anonymization process that is supposed to accompany its data collection does not are that in reality powder in the eyes. This has been demonstrated by the The New York Times in its investigation. Despite this, this sector does not benefit from regulations are genuinely appropriate. which poses a real problem users who are tracked all day long without even it's a record-based account.

It was in this context that the American media wrote: "Even though this specific data set contains only information about a part of the American population, there is no doubt that there are a multitude of similar datasets. So we can start from the premise that our smartphones are exploited to spy on us constantly … ». But extrapolating, the American population is not the only one exposed to this problem.

CategoryHacking
Article Précédent : Where does the name of viruses come from?
Article Suivant : Cyber-malfeasators and "Shameful Data Leaks": a case of blackmailers