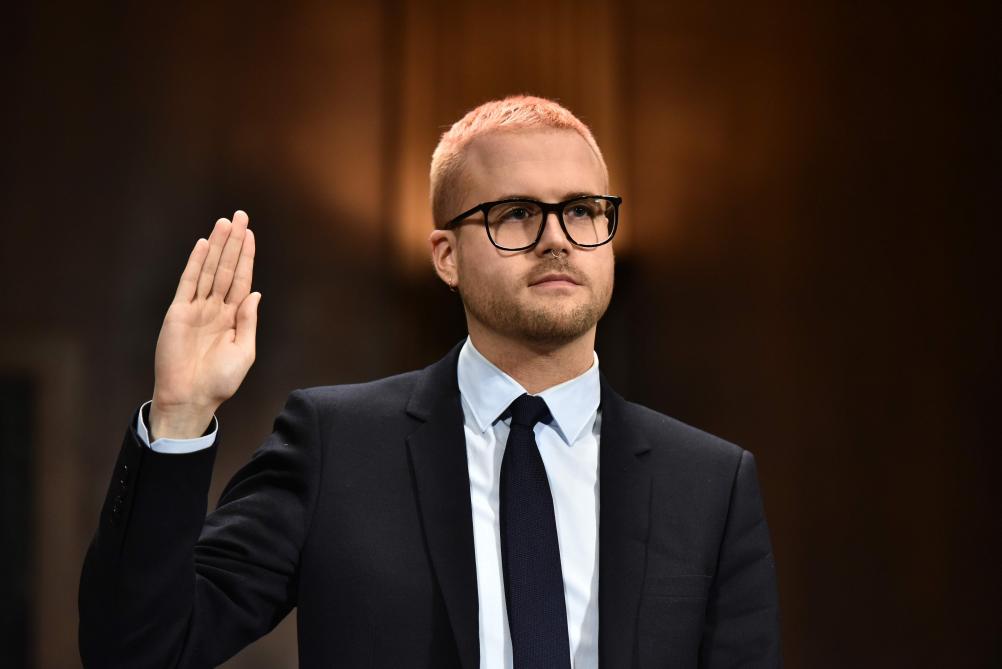 Christopher Wylie: his book on the Cambridge Analytica case reveals

Released at the bookstore on March 11, but phagocyter by the coronavirus pandemic, whistleblower Christophe Wilie has released a book titled Mindfuck.

This book deals with the famous scandal that involved Cambridge Analytica and Facebook in a gigantic hijacking of the personal data of social network users for political purposes. He is said to have explained in his book how this company, which wanted to use at least that used the data of Facebook actors to establish political polls, works.

This article may also be of interest to you: The scandal over the illegal use of user data by Facebook and Cambridge Analytica

one recalls the legitimacy of this whistleblower, which is justified by the fact that he was involved in the design of the program.

He will talk about key players in the case, such as Steve Bannon, Donald Tromp's advisor and the man who would become the vice-president of Cambridge Analytica. "I was expecting someone who seemed to be working for a government or agency. Instead, I had in front of me a scruffy guy who wore two shirts on top of each other, as if he had forgotten to remove the first one before putting the second. He was badly shaved, had greasy hair, and on his face that layer of grime left by transatlantic voyages. His eyes were speckled with red, a discreet reminder of the rosacea that plagued the rest of his skin. On the whole, it gave off waves oscillating between those of a used car salesman and those of a demented. ». Could one read in his book.

the whistleblower highlights it is very essential: "Facebook had simply let it be used." For him, there is no amalgam to be the social network did consent and even participated in the hijacking its users' data. He also explains that the tools Cambridge Analytica's core collection activities on the basis of Cambridge Analytica's Facebook have been strongly inspired by some of the work of University of Cambridge. "Drs. David Stillwell and Michal Kosinski were working on huge amounts of data they had collected all legality on Facebook. They were among the pioneers of profiling psychological networks based on social networks. In 2007 Stillwell had developed an app called MyPersonality that allowed its users to get their "psychological profile" using the app. after giving the user its results, the app retrieved the profile and stored for Stillwell's research. […] Kosinski and Stillwell told me about the huge datasets they had acquired over the course of their year of research. […] "How did you get them," their I asked. They explained to me that, roughly speaking, Facebook had simply let them use through the application they had Developed. […] Every time someone used their app, they received not only that person's Facebook data, but also all his "friends." ».

for explain roughly, if the application is used by at least 1000 people on Facebook, and that each user has at least 150 friends. the ability to collect data extends to exactly 150 Facebook profiles. it is Schematic that was produced by Cambridge Analytica, via an application that was installed on Facebook. With such a tool at their disposal, Cambridge Analytica had the opportunity to gather very detailed information on the targeted users. "Everything we could know about this person appeared on screen. There is her picture, there, the place where she works, and that's his car. She voted for Mit Romney in 2012, she loves Katy Perry, she drives an Audi, she has simple tastes, etc. We all had and, for a large number of items, the info was updated in real time, so much so that if she posted something on Facebook, we let's watch live. […] We had recreated his whole life in our computer and she knew absolutely nothing about it. ».

With this armada of information and possibilities, not to mention the ability to influence users through several methods deemed unsuitable, Cambridge Analytica has managed to influence the U.S. election. drama in all this as the whistleblower pointed out, no major actor has been truly punished in this story.