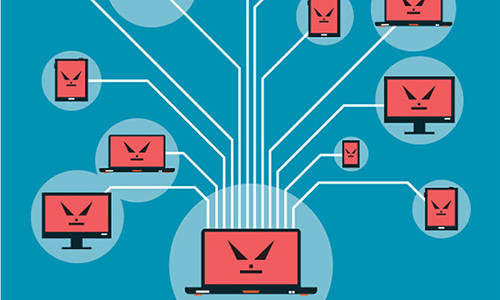 Cyberattacks, a permanent danger to all businesses in business

Cybersecurity firm Check Point Research said in a report that no active company is 100 percent protected from potential computer attacks.

According to an analysis conducted during the year 2019, the firm found that nearly 28% of companies worldwide were nearly or by-way infected with malicious botnets. 20% of these companies have been attacked by ransomware.

This article will also interest you: The lack of trust between business and security service provider is a vulnerability for a potentially compromised system

The cybersecurity report produced by the company Checkpoint, specialist worldwide, highlights the fragile security of the world available overall, global companies. If no company is safe, it is only because the strategies used by hackers are not only are they becoming more sophisticated, but it turns out that they are most little known by the companies themselves. So Checkpoint will reveal in its report trends that most often accompany attacks.

These computer programs are becoming more and more dominant in the world of cyber malice. If a decrease in their activity has 2019, this was surely due to a decline in the value of cryptographic currencies. However, this did not prevent nearly 38% of companies around the world have been infected with this kind of cryptocurrency extractor programs in just one year (2019), compared to 37% in 2018. Of course, cryptocurrency extractors are less dangerous to companies, however, they generate significant revenue for cyber criminals who could use it for even more damaging attacks.

2- The continued growth of botnets

As mentioned above, more than 28% of global companies have by botnets. In 2019 there has been an increase in more than 50% compared to 2018. One of them botnet of the moment is nothing but Emotet, because of the its feature that makes it easy to stream other programs malware through corrupted e-mail messages (spam). But he there has also been a definite evolution in the botnets of e-mail broadcast with a tendency to use sextortion.

3- The striking force of ever-changing ransomware

2019 was named the year of ransomware. The less precautions a company takes, the more vulnerable it is to increasingly violent attacks. This was particularly the case with several companies in 2019 that unfortunately tasted this rather bitter cocktail. What you need to know is that hackers don't attack any business and any way. Indeed, they take care to observe, to study their future victim with the aim of detecting every security flaw, every vulnerability, every human defect. This makes these attacks tend to succeed with disconcerting ease at first glance. but basically it was months of work that hackers had to develop to get to the result. Now is the time to do the opposite to prepare but also to anticipate potential attacks of this kind. For 2020 promises to be eventful in terms of ransom programs.