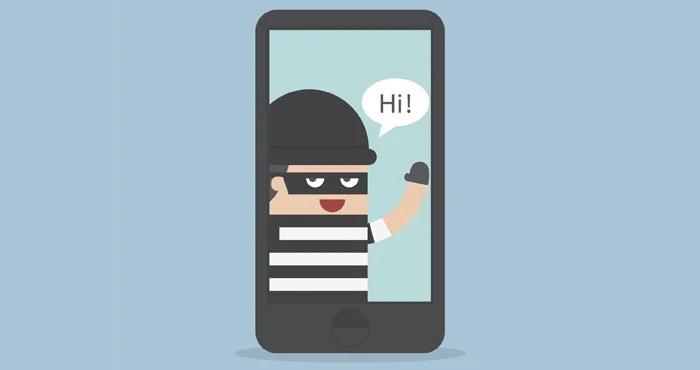 Find out if your smartphone has been hacked

Today everyone is practically exposed to a possible hacking of his mobile phone especially if he is smart.

It is in this context that a technique has been developed to determine whether one has indeed been hacked or if there is malware installed on our smartphone.

This article will also interest you: The hacking of our smartphones is becoming more and more disturbing

The technique seems to be simple. It is demonstrated and explained by a computer security expert. For the latter, this is very basic. Simply install antivirus software on your smartphone, and control internet traffic consumption through statistics. For this, you don't have to be an expert in cybersecurity or computer science of any kind.

This is what the specialist of the practical analysis laboratory of the Russian company Jet Infosystems explains to us. His name is Dmitri Kouramine. He advises constantly monitoring his phone's internet traffic. Consuming more than usual suddenly and a sign that you need to take seriously. This can hide behind a computer hack.

As we know in general practice, smartphones are used a lot by individuals, much more than computers or other computer tools. It is these tools that are most targeted by cyber criminals. With the data they can collect, they will use it for other, equally malicious purposes. "In any case, they will start interacting constantly with any Internet server. explains Dmitri Kouramine. "The user can detect such activity independently by monitoring the resources of the Android operating system," explains the user. "To protect against cyber criminals, it is recommended to use antivirus software for smartphones and to monitor Internet traffic consumption statistics for various applications."

It is in such a context that the company of Redmond Microsoft, warns Android users against a rather sophisticated ransom program that threatens them.

The researcher explains a fairly simple context. Consider an application such as a "calculator" that in standards is not supposed to access the Internet.If it then starts using your internet data, it makes it clear that it must appeal to you. "It's a 100% sure signal that something is wrong," he says. In such situations, experts advise reinstalling the Android system and not just restoring your smartphone's factory settings.

It should be noted as a reminder that cyber criminals can easily infiltrate users' smartphones when they necessarily want to use unofficial applications. Apps that aren't most often on Google's PlayStore. In other words, it is the users themselves who are often the main cause of their computer hacking. However, there is a downside, not all the software that is available on the PlayStore is reliable software. Indeed, following an analysis conducted by computer security specialists from the imDEA Institute and NortonLifeLock Institute on nearly 8 million applications available hard the PlayStore, it was discovered that nearly 10% to 24% of them were undesirable or dangerous to the security of smartphones.

CategorySmartphone
Article Précédent : Webex: Cisco works to close security flaws in its app
Article Suivant : Cybersecurity: Could we consider collaboration between the police and private companies?