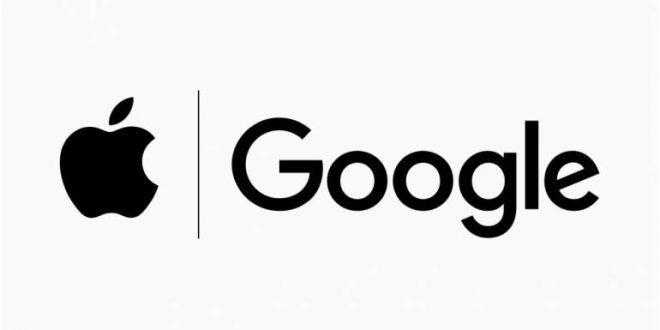 It's rare to see Google Apple collaborate on a common project.

Whether because of competition or a certain rivalry that has existed for a long time between these American Firms, it took the appearance of coronavirus, to see one of the few collaborations between them.

This article will also interest you: Security flaw on Safari: Google lays bare the vulnerability of Apple's browser

Indeed, on April 10, that is, two days ago, Google and Apple announced collaborated on the implementation of a system to track people infected with CoviD-19 or potentially infected or in contact with infected people. The aim is to minimize the spread of viruses. "Google and Apple are announcing a joint effort to enable the use of Bluetooth technology to help governments and health agencies reduce the spread of the virus, by integrating user privacy and security at the heart of the design. the two American firms said.

To achieve this move, there will be a possibility that devices running iOS and Android could exchange information via bluetooth, so marked some contact tracking between individuals, and if need to alert other individuals. This tracking system intends to come into force from next May. And that's not all, users will have the opportunity to have access to certain information from public health institutions via certain applications, and also share health information with its same applications. This software will be available on the application shops of the two American giants.

Moreover, it would seem that this is not just going to be limited to this simple program. Indeed, "Apple and Google plan, in a second phase, to develop a wider contact tracking platfo[…]rm that would allow more people to participate, if they choose to join. ». This will be very interesting from a technical point of view when we know that the operating systems of these two giants are currently the most used in the world. What makes this project achievable, but also exciting in terms of the collaboration of these rivals "Given the urgency of the need, the goal is to implement this two-step solution while maintaining strong protections to ensure the privacy of users. the firms of Redmond and Cupertino made the promise.

When asked about this collaboration, the CEOs of these two large companies, Sundar Pichai and Tim Cook, were pleased to react. Tim Cook wrote on Twitter: "Contact tracking can help slow the spread of Covid-19 and can be done without compromising users' privacy. »

On the other hand, however, security experts and even rights groups express their perplexity at the effectiveness of the system that is supposed to arise from this collaboration. According to a Washington University researcher named Ryan Calo, who is also affiliated with the Stanford Center for the Internet and Society, it is unclear what use they intend to make" of the digital data that will be collected throughout the process. He adds: "If they think that digital contact tracking will allow people to stop social distancing, I am skeptical (…) But if they create a research platform for health authorities, it could be useful." It is also the turn of the ACLU, a civil rights organization, to express some reservations. if on the one hand it considers that the idea is well thought out and can have a benefit, the fact remains that the negative consequences are certainly to be expected. Jennifer Granick, ACLU's Cyber Security and Surveillance Officer, warns: "Such contact tracking methods are likely to exclude many vulnerable members of our society whose access to technology is limited and who are already disproportionately affected by the pandemic. »

Ashkan Soltani, a computer security researcher, is concerned about data management by the two U.S. giants: "If I imagine that these tools will be offered on a voluntary basis, they will eventually become mandatory once legislators start relying on them to make decisions such as who can leave home or who can return to work. (…) This will set an incredibly dangerous precedent. ». In contrast, John Verdi of the Future of Privacy Forum is not worried "Mobile platforms have put in place technical safeguards to mitigate the risks of tracing and re-identification, which seem quite solid. »