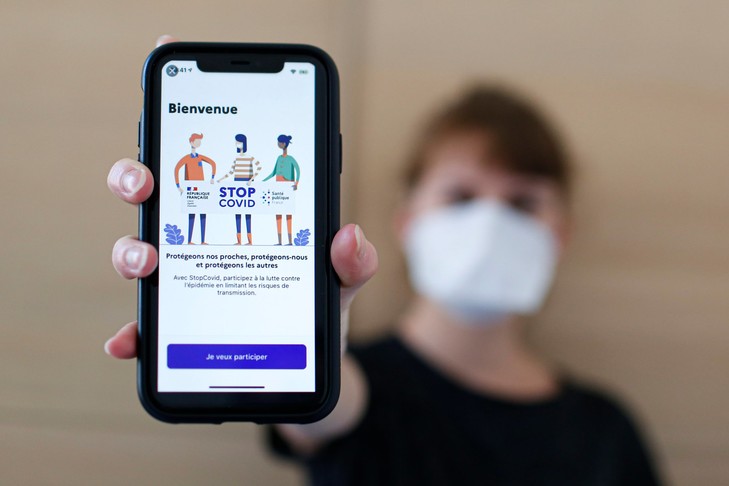 StopCovid: the tracking app launched in the coming days

For the mobile tracking application initiated by the French government, StopCoviD, preparations have reached the final phase.

Validated by all the relevant authorities, including the National Commission for Information Technology and Freedoms, ARCEP, or the parliament, within a few days, this computer program will be deployed and made available to the general public. So some information needs to be elucidated about this app, which seems to play a big role in the government's de-disconfinement program.

This article will also interest you: StopCoviD, the increasingly controversial deployment

As Minister Édouard Philippe described on May 28, regarding the deconfine phase: "StopCovid is a complementary tool to the work of contact tracking teams." And the fact the whole French parliament is given its agreement for the official deployment of the application, the government gives itself the means to succeed its bet. In this context, Édouard Philippe urges: "I invite citizens to use it to protect themselves and others."

As deconfinment was something that had become practically imposed on the government, the government could not deny the fear of a second outbreak, and the same is true in several other states around the world. So the use of the application will meet need to trace the different interactions between people after the deconfinement, so that they can track the people who will be tested positive, as well as others with whom they could have had contact. The Secretary of State for Digital Affairs, Cedric O, notes StopCoviD as a way to "prevent people who have been in contact with a positive patient so that they can get tested for themselves and if you need to be cared for very early, or to confine themselves. ».

When mentioned above, the gendarme of personal data and digital rights, the National Commission for Information Technology and Freedoms has already validated the project. On 25 May, the Ministry of the Armed Forces announced that it had already carried out an application test with the 60 soldiers, with the aim of "checking its operation and measuring, in real-world conditions, the results of proximity detection in different situations. ».

Regarding the principle of its operation, the application will have to be installed on the smartphone in this way, when an individual with a smartphone on which the app is installed meets another who has a smartphone of the same kind, an interaction is created. So if one of these people returns to being detected as positive for coronavirus, the other will be immediately informed and advised to observe certain safety measures. But in order for the alert to be transmitted properly, the person who is positive must accept that this information is transmitted. Of course anonymity is respected. The identity of the person will not be revealed, only that the persons concerned will receive notifications that will warn them that they may have encountered a person infected. On the issue of anonymity, Prime Minister Édouard Philippe said: "We have taken all necessary safeguards to ensure that StopCovid respects the personal and privacy data of those who use it, its use will be anonymous. ». The administrative data protection authority, in particular Marie-Laure Denis, the president of the CNIL explains that StopCoviD: "respects the concept of data protection from conception, because the application uses pseudonyms (generated automatically) and will not allow lists of infected people to be reassembled. ».

In addition, it should be noted that the use of the StopCoviD application and totally voluntary. No French citizen is obliged to install it on his smartphone. "Genuine volunteerism is the best guarantee of compliance with the General Data Protection Regulations (GDPR)." Says Marie-Laure Denis. It also stresses the need for user consent on several points including: "What data is used, by whom, with whom are they shared, for what purpose, for how long. It is important to ensure that there is no pre-checked box. ».

In conclusion, it should be noted that StopCoviD is not a one-of-a-kind application. Several states around the world have initiated this kind of program. In particular South Korea, China even some European states. The National Commission for Information Technology and Freedoms for example, a mobile tracking application used by the State of Singapore: "An application identical to StopCovid: TraceTogether is already used in Singapore. It records encounters between two people within a two-metre radius. The data is stored, in an encrypted manner, for 21 days on the phone. The Ministry of Health can access it on request to identify people who have been in contact," the independent administrative authority said.

CategorySmartphone
Article Précédent : Following a test, 20% of Gitlab employees are having a phishing attack
Article Suivant : StopCovid: 4 points against it that may negatively impact its use