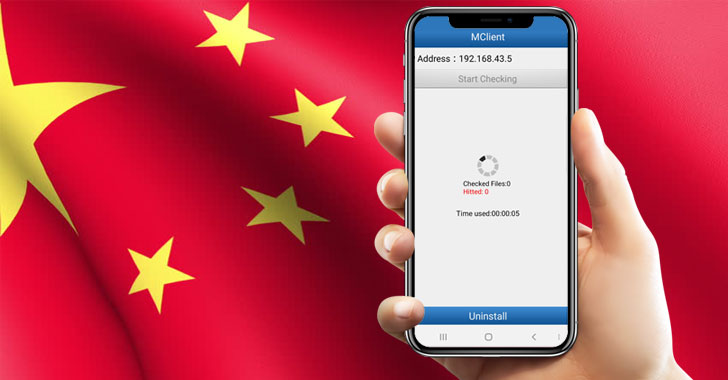 On a visit to China, thousands or even millions of tourists are victims of espionage after the installation of malware on the smartphone.

Arriving at the border of a Chinese region called Xinjiang, the tourist is asked to leave customs officers behind their mobile phones. unbeknownst to them, a spy app is apparently installed on phones. At least that is what comes to us as information. This does not seem so exceptional given the economic situation in this region in China or even the country at all.

This article will also interest you: The Australian parliament, victim of a cyberattack of Chinese origin according to the agency

According to current information, the Chinese are subject to a regime of surveillance and massive data collection for the government of the day to have a view all that is happening on the national territory in particular in this province located in the west of the country where the cities are in a surveillance system increased with a set of technologies at the base such as recognition facial, cameras, public eavesdropping and spyware.

The purpose of this surveillance is rumoured to be to monitor and, if possible, to suppress the Muslim minority of the majority Uighurs in the region. But what everyone didn't know it was that tourists were also among those spied on, as were the population local.

Only here, a media collective made up of major presses such as the New York Times and the Guardian have revealed what the Chinese government is doing, which was at the helm of this story. the applications installed in Phones some tourists were able to collect personal information without their knowledge. Information such as text messages, e-mail exchanges, activities on social networks as well as video files, photos etc…

The application is referred to as "bitumen bees" in French translation. And it's installed after phone forfeiture because tourism has no choice: "They do well understand that this is not optional," explained Lea Deuber, a China correspondent for the German newspaper, the German newspaper, the German newspaper. The installation application is done in a matter of minutes. Once on the smartphone, it collects the data then wanted the agents erase it. Unfortunately, some not are not rigorous enough in their espionage work. And some tourists have noticed after recovering their phones that there was an application in addition called Feng cai in literal translation which means bitumen bee. Being a technique impossible for iPhones, they would only settle for the plug in using modified USB cables.

to the question of what exactly the government is looking for Chinese, it is a journalist who deduces that the goal is search for the presence of several files (73,000 in total), files which are in the banned category in China. These include publications of a nature Islamist, videos of anthems instructions to make weapons, etc. According to New York Times' goal will be to stifle a potential advance of radical Islamism in the region.

According to a member of the British NGO Privacy International, Edin Omanovic, all the facts that have been described are "very alarming in a country where downloading the wrong app or article can take you to a detention centre. ».