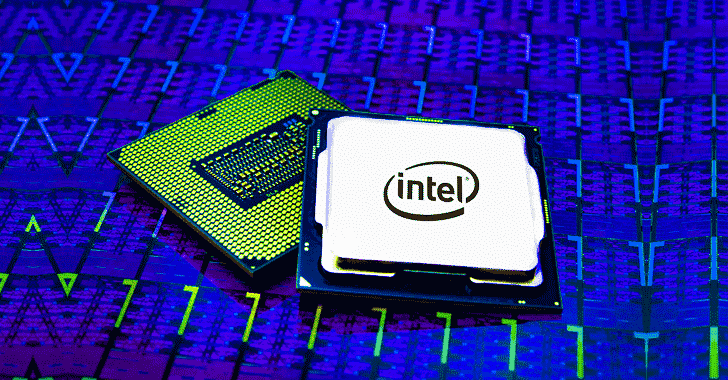 In a sense this is not good news, because thanks to this discovery, hackers are now able to update their chip using their own code.

The discovery was made by cybersecurity researchers. Since then, the encryption key Intel used to encrypt its updates has been unveiled. From now on, we will have to be very careful about how these chips will be used or how they can be protected. In fact here alludes to the key that allows the computer to decipher the updates provided by the American giant when fixing certain bugs or security flaws. What it means that with this option, hackers can now decipher updates. If hackers have a decrypted version of a security patch, they can determine to what extent they can use that information to exploit the flaw that has just been fixed. Moreover, thanks to this key, it is possible for a third person to update their own chips using its own codes.

This article will also interest you: Intel processors would now be protected against Cryptojacking according to BlackBerry

"At the moment, it is quite difficult to assess the impact on safety," noted Maxim Goryachy, the independent researcher. "However, in any case, this is the first time in the history of Intel processors that you can run your microcode inside and analyze updates," he adds. The three researchers worked for years together on the project. The key can be extracted on any chip, Pentium, Celeron or even Atom, as soon as it is based on the Goldmont architecture.

The adventure has been going on since 2017. Discovering the critical vulnerability that allowed Positive Technologies researchers Dmitry Sklyarov and Mark Ermolov to run code on the independent core of Intel chips, which supported a system known as the Intel management engine. At the time, several security flaws were discovered by the same researchers. Vulnerabilities that affected the firmware in particular:

With these security vulnerabilities, a hacker could run malicious code on the targeted computer.

If these security vulnerabilities have already been fixed by Intel through security patches, the fact that the chips can be restored allows hackers to return to the pre-security status.

Asked about the issue, U.S. company officials said: "The problem described does not represent exposure to customer safety and we do not rely on the information obscuration behind Red Unlock as a security measure. In addition to the INTEL-SA-00086 mitigation, OEMs that follow Intel's manufacturing guidelines have mitigated the OEM-specific unlock capabilities required for this research."

"The private key used to authenticate the microcode does not lie in silicon and an attacker cannot load an un authenticated fix onto a remote system. »

In other words, it doesn't have that you can't use this to remotely attack a computer system equipped with chips or terminals equipped with Intel chips running on the Goldmont architecture. However, if the remote attack is not there can be denied that for a person with physical access to the terminals, one can clearly consider such a possibility.

"There is a common misconception that modern processors are mostly fixed from the factory, and sometimes they will receive microcode updates that will be rigorously analyzed for particularly egregious bugs," said Kenn White, Head of Product Safety at MongoDB. "But to the extent that it's true (and it's largely not), there are very few practical limits to what an engineer could do with the realm keys for this silicon. he adds.

CategoryCyber-security
Article Précédent : Mobile app security still not up to the point
Article Suivant : Ransomware: Sopra Steria finally freed from his computer attack without much damage