Computer security today is an important aspect of corporate organization.

Cyber criminals are proliferating. They are doing more and more harm around them. Computer attacks are also proliferating. And nothing seems to be able to stop them. On average, it only takes 1 hour for a hacker to encrypt access to a computer only. When it has 24 hours, it is almost a company with all the computers it composes, which can then be attacked as it wishes. We are talking about a hundred computers.

The adoption of telework in general because of the health crisis paved the way for a new era of professional collaboration. It has also created a reduction in the links between personal and professional life. This is in practice an advantageous fact for cybercrime. Indeed, everyone's personal life is marked by a breach of the basic rules of computer security. Cyber criminals will certainly want to take advantage of it. In fact, they're already taking advantage of it.

This article will also interest you: Cybercriminals and social networks: A combination not to be overlooked for business security

One of the most attractive aspects in remote work for cyber-malveillance is the use of social networks by employees. Indeed, the containment adopted by most countries has resulted in an increase in the use of online social services. The social networks used for various reasons whether professional or simply playful, did not fail to present its share of drawbacks. Who says ten social networks phishing, and this is clearly verified. Phishing campaigns are mostly initiated through social networks because of the ease of being able to share a message with one click. And precisely, computer security specialists have not failed to notice a significant increase in cyber-malveillance acts, during confinement, through acts of phishing. Social networks have been for many things.

Phishing is a technique used by hackers to extract personal information from users by making them believe they are on a legitimate platform they are used to visiting. To train the visitor on the platform to control by them, they will simply send him a message asking him to click on a link. Message that is often awakened via social networks, by text or by email.

"Since March, phishing has doubled on the planet. Hackers are also confined so they must be a little bored," notes Eric Dupuis, the director of Orange Cyber Defence Greater West. "Pirates who are well helped by the banishment of the boundaries between work and private life. Telework obliges. ». 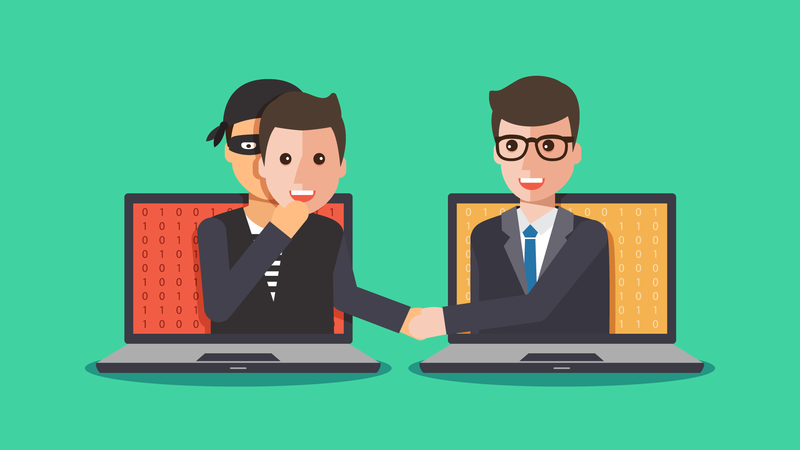 In telework mode, the employee use useful tools for his work and his collaboration remotely, the fact remains that next door, he will open a browser with connection to social networks. Connections that are not secure for the most part see are not secure at all. "Facebook, Twitter, Linkedin are used as a vector for phishing. In less than an hour, an attacker can manage to encrypt the majority of a position. And in 24 hours, a company with a hundred positions can be affected. So we have to move quickly. explains Éric Dupuis

"Social networks are a major potential security breach," adds Pierre Jacobs, Orange's first head in the West. The latter highlights a statistic that gives an idea of the magnitude of the phenomenon. 86% of companies admitted to having faced computer attacks that have drawn their source from social networks.

If before hackers were trying to penetrate directly the servers of companies, they realized that it is much easier to penetrate through social networks. Especially when employees are so careless. A way to easily access the workstation. "Today, a company is going to go into the cloud. This perimeter of the server no longer makes sense. Now, what makes sense for a striker is the workstation," says Éric Dupuis.