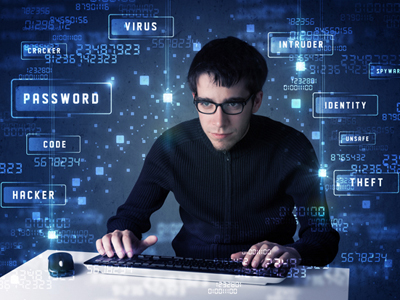 for in the first half of 2019, the cybersecurity firm Symantec, initiated Cloud Security Threat Report" whose purpose is to take stock of the provisions secure at the level of cloud servers.

To make our publisher conducted a survey of 1250 computer security specialists around the world. Thanks to this, we were able to gain insight into the maturity of the various practices related to the security of the computer systems of many companies.

This article will also interest you: 5 reasons to store your data on Cloud Servers

And he set about cross-referning and deducing new strategies to combat threats that could obviously target the cloud. The boss and co-founder of Cloud Security Alliance gives us an overview of the basics of this work: "The cloud is a key vector for managing security, but it generates a large number of incidents in the same way. Companies need to realize what the new security challenges are in order to be able to consider an appropriate response. At the heart of this battle, identity is becoming a vehicle for critical attack in the cloud and the combination of Identity and Access Management, the fundamental basis for securing Information Systems in a highly virtualized world."

We knows that one of the main security flaws in the landscape of the Cloud, as the latter becomes more and more used, through the world, is linked to the fact there is a lack of centralisation of activities. Indeed, as many people are witnessing, say, to a scattered storage. The finding is simple. Businesses choose each of the different cloud when everything is supposed to form an overall information system. The Public (IaaS), the Private Cloud (IaaS), the Cloud and "On Premise" environments are up to 18% of the services used by the companies interviewed.

the Public cloud in SaaS mode especially is this time to the tune of 17%, the same for the private cloud that's behind with about 16% and to finish the Cloud Hybrid 13%. These companies are no less than 93% use the storage of their data in multiple environments and among 53% use the cloud while 69% continue to store on Premise. In such a context, it is obviously difficult to ensure cybersecurity worthy of the name, with tools when we know that applications such as workloads are scattered in different places.

the the real question of this study was to accurately determine the risks that threaten the cloud. In fact, it is quite difficult to answer this question, however, Symantec found that only 7% of individuals surveyed said that fear the most as a threat, embezzlement account. While for its part the computer security firm had observed in its analysis that 42% of risky behaviours were more related to account compromise. In this way, we will be able to now see what the potential is flaws that can cloud security.

In addition, Symantec's report offers some parades of the various risks. For the cybersecurity company, the visibility of the cloud should be increased as a prelude.