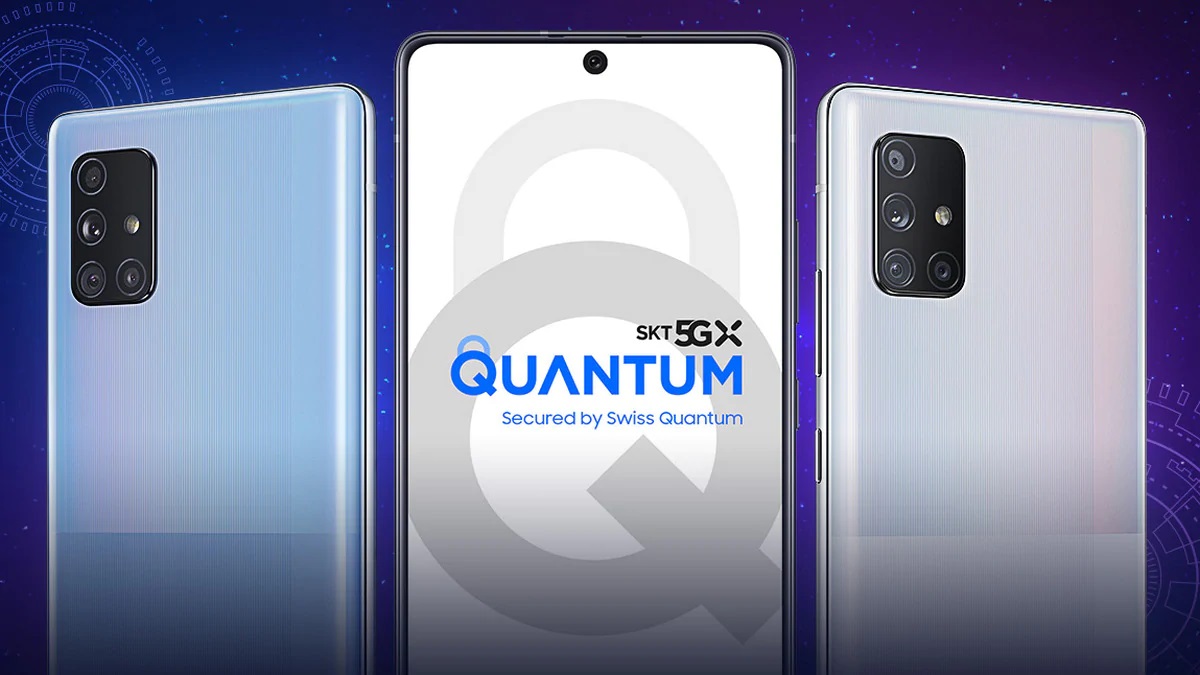 The smartphone impossible to hack

Korean giant Samsung and telecommunications service provider SK Telecom have collaborated on the creation of a smartphone that they say is impossible to hack.

Indeed, this smartphone has a so-called quantum security. Whatever the actual range of this device, it will have something new because it is the first time that quantum technology is integrated into a smartphone.

This article will also interest you: A security flaw present on Samsung models would have allowed to hack the Galaxy for 6 years

It was yesterday, Thursday, May 14, that the two companies unveiled their jewel of technology. It has been dubbed the "Galaxy A Quantum." Compatible with 5G, it strongly resembles the Galaxy A 71, a flagship of Korean society. Its particularity lies in the fact that it was specially designed with the collaboration of several specialists, with the aim of "making any hacking impossible thanks to a quantum generator of random numbers (QRNG). ». A statement from SK Telecom reads: "The quantum random number generation chipset helps smartphone users safely use specific services by generating pure, unpredictable and unspoord random numbers. ».

The chip used to improve the security of the Galaxy A Quantum is the "SKT IDQ S2Q000. Its ability to ensure smartphone security by randomly generating numbers can produce unpredictable security keys for hackers. This chip also has a CMOS image sensor that allows you to create random numbers by detecting light emitted by the diode. The numbers that will be produced can be used by the smartphone user to confirm his identity when using services that require this certification. According to SK Telecom's press release: "There is no technology at this time capable of hacking into a device that is equipped with it. ». However, this smartphone can only be used with this provider's network at the moment. This is because as soon as you connect to the operator account, the power of the operator account is called upon.

Samsung and SK Telecom have said that the phone is safe. In this way, actors could also be safe to store sensitive documents, regardless of the degree of confidentiality "safely, without the risk of theft or tampering. ».

In the early days, the QRNG chip used will be used as a complement to the biometric authentication system installed on the device. But in a future development, it will be able to operate autonomously. According to SK Telecom, APIs will be made available to allow for an expansion of the range of compatible services. The price of the smartphone would be about 500 euros, or 649,000 won (Korean currency)

The creation of such a device clearly demonstrates Samsung's involvement for years in computer research, particularly in the quantum computing sectors. Like Google, IBM, Huawei and other specialists in the field, the Korean giant also wants to make a contribution to the building. The integration of this quantum technology has a smartphone without a doubt one of the most notable advances this year on the issue. While the results are still pending regarding the effectiveness of this new model, the implementation has been well thought out. For now, we will be waiting for the reaction of IT security experts on this innovation. The question, of course, will be whether security holds up well as described by the two Korean giants.

Apart from the quantum aspect, here are some features specific to the Galaxy A Quantum:

– A fingerprint scanner is built in below it.

-A perforation for the installation of the 32-megapixel front camera.

The smartphone is also equipped with:

– An operating system based on Android 10