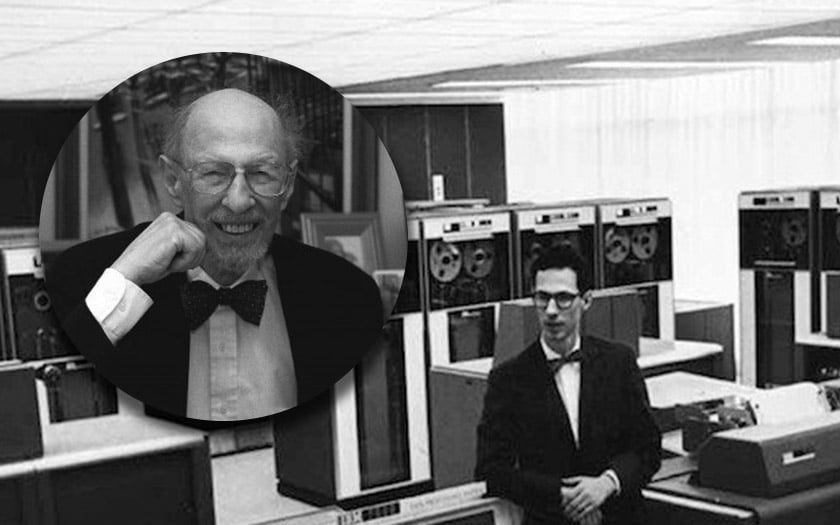 One of the founding fathers of computer security, Fernando Corbat, the man who invented the computer password, died on Friday, July 12 at the age of 93, a death revealed in the New York Times.

"Corby", by his nickname, inventor of the concept of password in computer science, he was a researcher at the Massachusetts Institute of Technology (MIT). He was the first password ever put in place on a computer as part of the Compatible Time-Sharing System (CTSS) in the early 1960s.

This MIT program was established to allow the use of the same computer by various different users simultaneously, in an attempt to establish a more basic compartmentalization and security of each person's data.

At that time, these were only terminals that were connected to a central unit that is the computer itself, and carried out operations as a whole. Operations that were extremely long (and therefore expensive) to carry out. It was so common that it would take a whole day to get the expected results, and that the whole thing costs a real fortune.

An "infuriating" process of inefficiency, according to Corbat. According to the book's author, Mitchell Waldrop "The Dream Machine" his Time Sharing system allowed each user to create and run programs interactively, as if he were the only one in control. This instantaneous interactivity that seems obvious today was a real revolution at the time.

This has contributed to increasing the productivity of the system and has mechanically reduced the cost of use.But above all, it began to change the way the computer was understood: from now on, it was no longer just a gigantic calculator, but a real multifunctional machine very different.

This is by improving its system during the 1960s. that the idea for the password came to him. As it stands, each CTSS user could access the files reserved for others: Corbat had the idea of using a string of characters as a lock for each user. It is now considered one of, if not the first, computer security measures in the world.

A work that earned him the A Award.Mr. Turing, considered the "Nobel Prize for Computer Science," in 1990. So it's a big name in the history of computers that leaves us. He joined a pantheon filled with brilliant engineers such as John Von Neumann, Grace Hopper, Alan Turing and Frances Allen, to name but a few. Today, its legacy in terms of cyber security is more relevant than ever, at a time when cybercrime is exploding and every Internet user is juggling multiple passwords.

A legacy that did not prevent him from being lucid about the limits of his system, established more than forty years ago. He felt that this technology was largely fallible, and assured that he did not think that "anyone can remember all the passwords issued and configured". Believing that password management had become a "nightmare", he said he favoured the use of password managers and other technologies such as biometrics.

For a full review of the story of this great gentleman, you can delve into this very interesting tribute article published yesterday by MIT, his parent company.