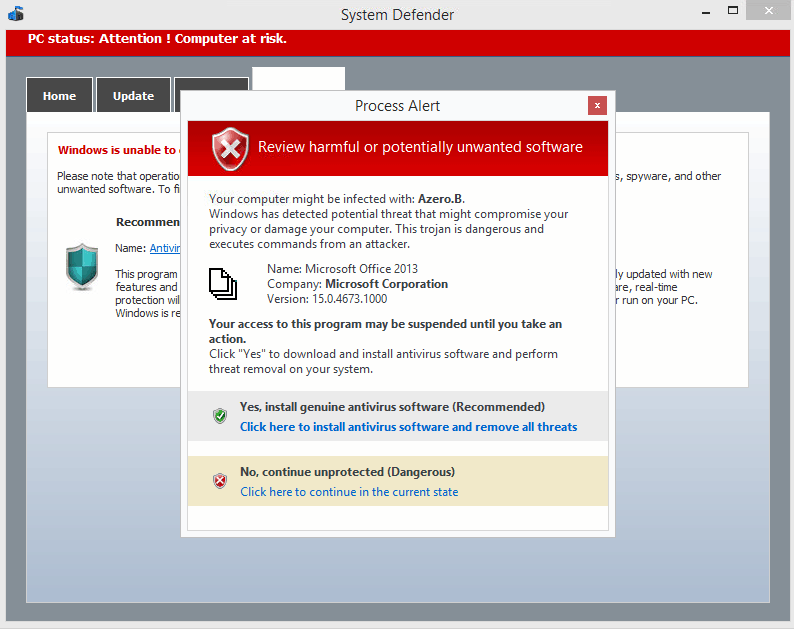 Top 6 Most Dangerous Viruses in the World

Above all, it is essential to be able to distinguish the computer virus from other types of malware such as spyware and ransomware.

Indeed they are totally different and each has its own characteristics. Unlike spyware whose purpose is to be able to access the contents of a terminal for the purpose of stealing it, or to consult it without the prior consent of the real holder.

The virus, for example, is a whole other level. It can change the content of a terminal or even delete it, destroy it. It can even damage the terminal in question. Some will be able to take control of the terminal, to perform tasks specific to the administrator's privileges.

In this article, we will give the 6 most dangerous viruses.

It is a malicious software that is characterized by the difficulty in detecting it compared to others. Indeed, it is customary that anti-virus solutions are not not able to detect this type of computer virus. This is justified by the the fact that this malware has no fixed form and its mode operation is constantly changing. For example, when a file is infected with a polymorphic virus, the contents of the files that will be copied, will become differentiate from the contents of the original

It is one of the most commonly used viruses by hackers Computer. She has the main feature to change the requests of browser users in the to direct them to other web pages. Generally these pages are intended for the phishing. This type of virus is often linked to applications that to improve the speeds of the internet connection or to make it even better faster search via the web. It is also generally affiliated extensions Browsers. We can easily get rid of him. indeed it is enough all simply uninstall the software to which affiliate and all files associated with it.

It falls into the category of the most difficult viruses to destroy. And at the functionality to change the way it spreads through the files, because Unlike the others, it's not just about infected files. The effect it has on terminals vary according to the latter and the objective by his publisher. In addition, it is able to remove extensions of disc controllers' files of the files themselves on the Device Managers. In particular, it also has the capacity to carry out formatting a hard drive.

This virus is known for its destructive effect on the terminals it infects. It is one of the most dangerous viruses that exist. Its modus operandi is very simple. It hides in the RAMS of computers. once these terminals are launched at the start-up, it activates. Since it is a fairly large virus. Once installed on the terminal it automatically gets rid of files that could prevent it from having space.

As for this virus, it hides behind the most more used by the user. So that every time the user tries to launch the file, the virus runs automatically. However, it is recalled that it relates much more to the file Excel or Word format. a version of this virus called Melissa is a true celebrity. the latter has managed to infect several institutions around the world. To get rid of him, it is necessary to have a antivirus.

In reference to its name, this computer virus essentially attacks the FATS allocation system. it has virtually the same features as most computer viruses, i.e. spreading and infecting several types of terminals. when it is not quickly processed on a computer system, it can damage the computer system and render it unusable.

Categoryvirus
Article Précédent : A new IT security solution according to the start-up Weakspot
Article Suivant : Cities to the test of ransomware in 2019