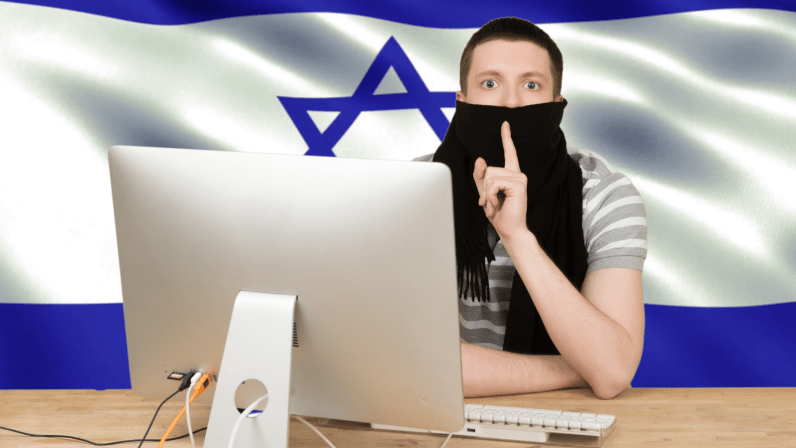 Candiru, the company that is paid to hack Apple and Microsoft.

As we all know, Israel is one of the most productive countries in terms of computer hacking.

The country is home to more than a dozen cybersecurity companies. However there is one in particular Candiru, which it is very secret.

This article will also interest you: A group of hackers arrested in Europe, the end of a large-scale hacking odyssey

Indeed, it does not have an official or unofficial website for that matter. There is no written or printed document that relates to this undertaking. It is simply invisible. Some in the community often claim that its headquarters are in Tel Aviv. That this company was guilty of selling cyber weapons to certain governments, including the one in Uzbekistan.

Forbes magazine refers to it as responsible for several computer hacks around the world, including Windows and Macs for the benefit of certain states. This, of course, calls into question the ethics of this phantom Israeli society. Especially when we know that this company has linked itself to governments to expand surveillance systems that could infringe on people's privacy. We are even trying to establish a relationship between Candiru and potential arms sellers, a relationship that could have existed for 5 years now. According to various sources, the main income fund of this company would be the hacking of Windows or mac terminals for government intelligence structures, in other words espionage.

Brian Bartholomew, a computer security researcher at the Russian cybersecurity firm Kaspersky lab, says one of Candiru's favorite clients is none other than the Uzbek government. he confirms his position by saying that thanks to a security flaw in the Computer System of the Uzbek government, he will have managed to establish the link between the two protagonists. It also confirms other customers with whom the company could have collaborated who are equally state." Notably Saudi Arabia and the United Arab Emirates.

Kaspersky's researcher further notes how careless the government of Uzbekistan was when it exposed is one of its computers that served as an internet tester in order to test its system against anti-virus programs such as Kaspersky's. This did not work as expected because the subterfuge was discovered and cyberdefense specialists were able to detect which address the computer was regularly connecting to.

In this regard, John Scott-Railton, another cybersecurity expert, but this time at the Citizen Lab at the University of Toronto, said, "Each of these governments is abusing spyware extensively, and it seems that civil society has been targeted again. As the industry tries to restore its image to investors and regulators, it was clear that the spyware provided to these autocratic regimes was going to be used for dubious purposes." He was referring here to Uzbekistan, Saudi Arabia and the United Arab Emirates.

For Brian Bartholomew, all Windows and potentially Mac OS users need to be aware of the hacking methods that the Israeli company makes available to its customers so that they too can protect themselves on their own. It is noted that to date, 8 vulnerabilities have been discovered on Windows, security vulnerabilities that Candiru used. Kaspersky's researcher did not fail to say that: "This is a great victory for the community. This is not good news for Candiru, but it doesn't matter."