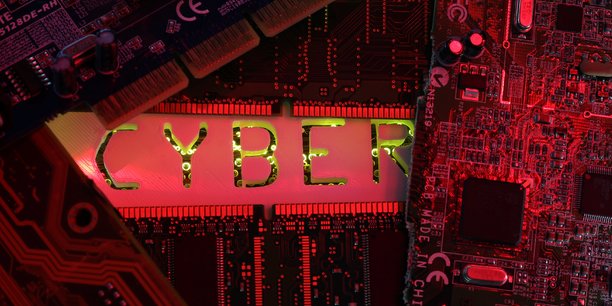 CoviD19, containment, telecommuting and cybersecurity… a relationship to the disadvantages not negligible

All over the world, computer incidents such as online attacks or scams have become legion.

With remote work and the general containment of the world's population to a large extent, the internet has been used as it has never been before. This boost in Internet traffic has also marked a considerable increase in cyber-trafficking. Because this field is also that of cyber criminals who will not fail to take advantage of such an opportunity.

This article will also interest you: COVID-19 and Telework: a safety issue for experts

But, one of the catalysts of this rise in cyber malice is the work that as a method of organization of business has been misunderstood by a very large number of private companies. The sudden switch to remote work has created more vulnerabilities than a classic computer attack. According to recent analyses, about 7 out of 10 employees have actually switched to telecommuting. Employees who, for the most part, had no control over a suitable method of safely practising from home. And the immediate consequence was, of course, an increase in attempts at computer attacks or remote infections. Experts predict more than $6 trillion in damage from cyber-harm by 2021.

While telework was originally intended to allow companies to continue to operate a little normally, they unfortunately exposed themselves while not acquiring the desired productivity. In the end, it was the hackers who took advantage. as several computer security experts have already pointed out: "The Covid-19 has created new digital risks."

"Protection against cyber attacks will cost the global economy $6 trillion in 2021," said Philippe Humeau, a cybersecurity expert.The latter, to justify its estimates, indicate that "every 11 seconds, a company is the victim of "ransomware". This ransoming program that is used to extract money from businesses once it is used to block their computer system. He also adds that every 39 seconds, a computer attack is initiated or carried out. "Attacks have doubled in the last two months with the explosion of phishing campaigns, misinformation about the Covid-19… It's blessed bread for hackers," says Sophia Khaldoun, senior director of ICT business development at Inwi, a company that provides IT security services. She added, "Assaults are exploding, attacks have doubled since the beginning of the containment, and hackers are taking it to heart. ». According to this IT expert: "Just as people and states that have adopted strict sanitary measures and barrier measures at the beginning of containment, companies are also called upon to adopt secure measures to protect their activities and their professional data."

In other words, digital hygiene is a requirement if we are to curb this exceptional advance in cybercrime at all costs. In a sense, Sophia Khaldoun's recommendation is explained by the fact that several employees deployed in telework have unfortunately been left to their own devices. Some have even had the right to use equipment that is originally for personal use. equipment that is not sufficiently protected and certified for corporate work. This increases the exposure area of companies. Adopting certain good practices reduces these areas. And this will protect against certain forms of computer attacks such as phishing. In this regard, philippe Humeau recommends: "We need to take a more holistic approach with safety reflexes, technology, training and resource adherence… All this against a background of agility and traceability." For the latter, the user in the computer security sector needs to be given more importance. Therefore, the latter should only use the encrypting protocol. That is, encrypt all content deemed sensitive. In addition, companies must set up the regular VPN network pain verification system and the various channels of communication, identification and authentication. Sophia Khaldoun will note: "We also need a monitoring service (in-house or provider) that monitors the entire IT infrastructure to react in real time to hacker attacks especially in the evenings and on weekends. A 24/7 non-stop service."