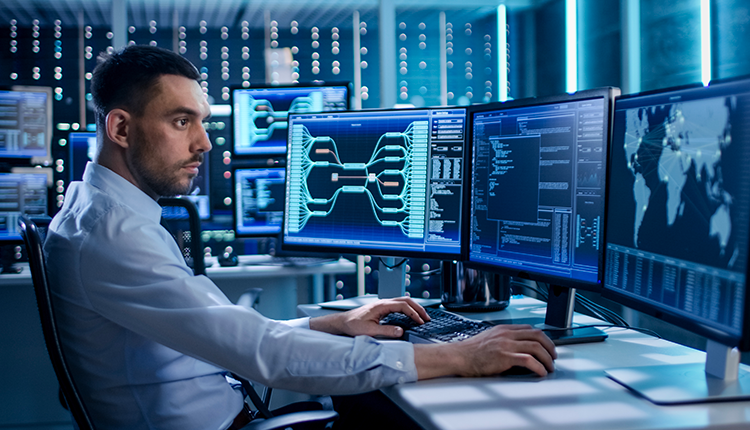 To manage vulnerabilities and various IT problems that can arise, companies adopt several and different solutions, depending on their situation and resources.

This can range from training staff as a whole to requiring certain practices deemed necessary to deploying specific tools to manage vulnerabilities.

This article will also interest you: The IT risks that threaten the new year

As have known, the various solutions used to manage vulnerabilities offer the possibility of prioritizing cyber risks. This makes it easy to adapt them to a security policy. With the evolution of technology and science, the way security vulnerabilities are managed has also undergone a transformation. "In a short period of time, the science and technology behind vulnerability management has evolved significantly. When they emerged, vulnerability management companies offered solutions similar to those of antivirus vendors, in that they were trying to ensure that their scanners discovered as many potential threats as possible. They even boasted of being able to detect more vulnerabilities hiding in the test benches than their competitors. The problem with this logic is that, unlike viruses and other types of malware, vulnerabilities are only a potential problem. For a vulnerability to be truly dangerous, it must be accessible to an attacker and relatively easy to exploit. Thus, a vulnerability based on an internal resource does not really represent a potential threat, nor does it represent a vulnerability that requires additional components such as secure access to other network services. says John Breeden II, IDG NS

In this context, it is important to know the scope of threat to be able to deploy effective solutions to combat all threats by avoiding unnecessary actions that could render you ineffective.

Vulnerabilities are generally recommended to be classified based on their potential use and the impact of those vulnerabilities. Such an approach is very useful in practice.

"There is a difference between totally erasing a database and blocking a single user, which is why it is interesting to assess the potential severity of exploiting a vulnerability and the value of the resources allocated. Admittedly, it is never pleasant to see that its public website has been compromised, but the theft of confidential data is much more damaging. The best vulnerability management programs should take context into account in their scans. Some software even offers automatic corrections, training or preventive assistance through artificial intelligence (AI). explains our expert.

On the other hand, it is very important to have a fairly comprehensive approach to some important points:

– And good practices in the technical analysis of vulnerabilities.

Taking into account these many potential security vulnerabilities that are hidden in corporate networks, this is one of the safest, even most effective ways to organize the patches that need to be made.

According to John Breeden II, there are certain products that make it easier to manage security vulnerabilities in business. Among other things, we have:

– Kenna Security Vulnerability Management: This is clearly one of the first platforms to include vulnerability management as a feature. It enables real-time data and threat management. "Kenna's principle is to collect the many vulnerability alerts sent by scanners and then compare them in real time with threat data. The platform can link a discovered vulnerability to an active threat campaign that exploits it and prioritize a quick fix. says the expert