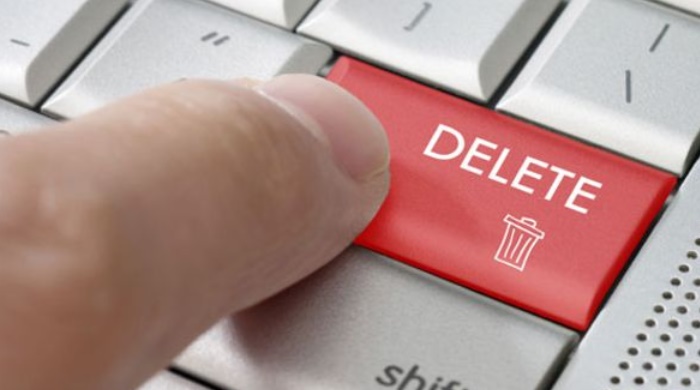 Clear your data securely: 5 apps you can use

Sometimes our computer has come to an end.

It is obsolete and no longer serves much purpose. We would like to on the recycled or resell it or even lend it to someone.

This article will interest you: 7 tips to adopt for a safer computer

But before you do that, you would of course have to erase your data to make sure you don't leave a trace. The conventional method can be used through the trash. However, we all know that this does not solve the problem. You don't have to erase a file on a computer for it to disappear completely. Some applications give the ability to cover files that we have deleted in our computer. This often undermines the will not to leave a trace behind after using a computer that you now want to get rid of. Among many others is the famous Recurva. That's when we turn to some applications that might well be useful for the cause.

In this article we will give you some tips on which apps to use, when you want to clean up efficiently and on his computer. There are 5 applications in these applications.

Eraser is a free open source app use. Its use is largely professional. It is one of the most secure file erasure software, known until present. It should also be noted that its interface is programmed in English. it's possible with this software to define tasks that consist of erasing file either immediately or at a later scheduled period. that perhaps for example with each restart of the PC. Unfortunately, this software does not exist in a portable version.

Clean Disk Security is a paid software company whose cost of licensing $25. it is also very secure and allows thanks to several features to perform tasks erasure with ease and efficiency. It also has a feature which clears open spaces as in Eraser. It proposes by elsewhere a feature to view the contents of the discs different sectors.

Prevent Restore is the free version of the program "Prevent Restore Pro" with a licence cost of $15. Let's remember that in this free version, there is only one algorithm erasure. But one advantage is that it is easier to use than the 2 First. Because all you have to do is answer a few questions that will decide which files will be deleted or not.

By its name, it is clear that this software has a single purpose. Getting rid of files for good Obsolete. It is made up of several features (20 in all) and ensures that its users are absolutely safe and effective.

This software is not really a tool it's more like software practice to optimize Windows. in in other words, it is used to simply delete certain files that are take up too much space in the LIVING memory, in order to increase the performance of the Windows. But, what makes it special feature is that it has a feature that can erase The discs.

Another advantage with this software is that it exists in portable version. You can install it on your USB stick and use it anytime whenever you want. In addition, its interface is in French.