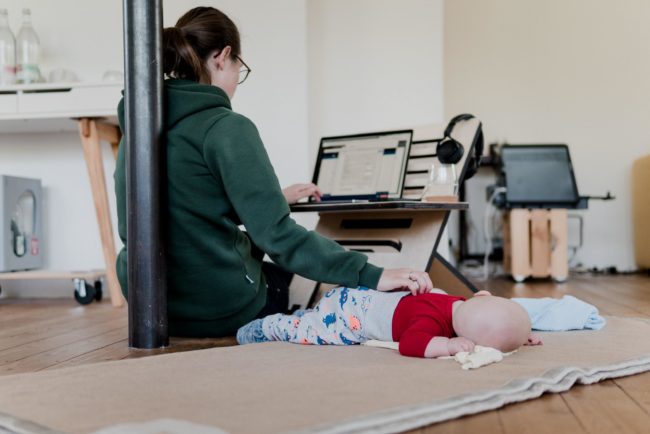 Telework: In Switzerland, employees face a lack of information on computer threats

Telework continues to make a name for itself while being associated with computer security.

Indeed, it is clearly difficult today to separate these two concepts, although in a certain way there is not at the base any relationship that could bind them. However, the facts are there. The health crisis has boosted telecommuting. And telecommuting has boosted computer attacks.

This article will also interest you: Telecommuting and COMPUTER security: protecting its home network and its remote collaboration

By taking a general framework, small and medium-sized enterprises have always been vulnerable to cyberattacks.This vulnerability is marked in several points observed in a recent study in Switzerland by Digitalswitzerland.Overall, the survey could be considered to have been a significant lack of safety for both human and machinery.

The swiss survey involved 503 senior MANAGERs of SMEs in that state. It was carried out from August 19 to October 7, 2020.

Because of the containment that was established last spring in Switzerland, 2 out of 3 SMEs in Switzerland had to switch to telecommuting according to the digital association. However, as we have not been able to observe anywhere in the world, it has been factor in the increase in computer risks. Especially at the corporate organization level to match this new work pattern. It is in response to its risks that companies have increased their investment in IT security. Despite this, at the SME level, cybersecurity cannot be said to be on the ups and down. Indeed, almost a quarter of small and medium-sized enterprises in Switzerland have already been victims of computer attacks. The consequences of this situation are not only financial, with the loss of huge sums of money, but also likely to tarnish the reputation of these companies. Another rather serious consequence is the breach of customer-owned data of the targeted companies.

Yet computer security is important to the executives interviewed during the study. According to third parties interviewed, computer security is very important in the organization of the company. And it is true that many of them and it is so bad to take the necessary measures to protect their computer system, even if it frames before producing the desired results. And this is understandable by the fact that the majority of companies despite the deployment of antivirus and protection software, the realization of regular data backups, updates of applications and operating systems, do not put in place surveillance systems and alerts.

Technically, it can be argued that small and medium-sized enterprises in Switzerland according to the study carried out are relatively protected. However, there is much that needs to be done to meet the security needs of the current digital sector. In particular, on a human level. Indeed, it has been observed that the staff of small and medium-sized enterprises do not do adequate training to be able to understand cyber risks more easily and effectively. Only one-third of executives confirmed that they offer regular training to their staff. Only half of Swiss SMEs are able to respond to an emergency during a computer attack. Unfortunately, only one in five companies conducts security audits.

In addition, it must be said that much progress remains to be made. Especially in a context where telework continues to persist as a professional habit.

"On a day-to-day basis, many jobs will be held in both telecommuting and in the office. However, it is essential to take into account that this new reality will increase the demands of Swiss SMEs for investment in technology and IT security," stresses Marc K. Peter, a professor at FHNW, a specialized school in northwestern Switzerland, is also one of the authors of the study.

Overall we all know the immediate consequences of telecommuting. Especially in terms of the security of information systems and the confidentiality of exchanges. The resolution of this problem leans much more on the side of discipline than technology.

CategoryCyber-security
Article Précédent : Computer security: There are also barrier gestures in the environment
Article Suivant : Kaspersky and the smartphone you can't hack