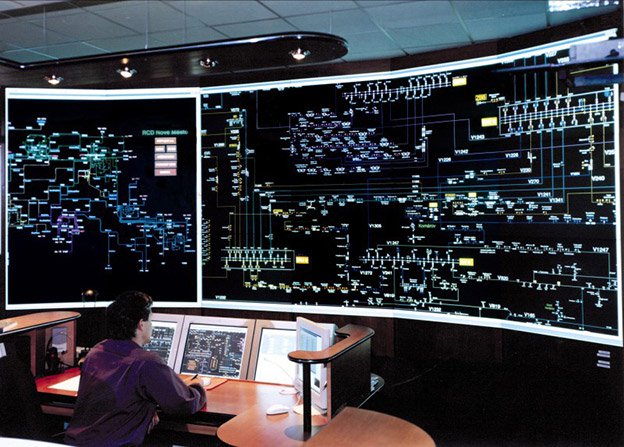 Power grids to the test of hackers

The greatest pleasure of hackers would be to plunge an entire country into the dark.

This alternative of succeeding in crippling a state's electricity grid is at the heart of many digital battles.

This article may also interest you: Hackers against French health facilities

It's a threat to both states and businesses. Making the energy sector one of the most sensitive sectors in the world computer security.

« Today, all the major powers, and even smaller ones that are in a belligerent context, have implemented attack strategies via cyber. And in all these offensive strategies, the energy supply is present," said Gérôme Billois, an IT security expert for the company It's Wavestone.

the the world's major powers, the United States, China and the United States. Russia are reportedly developing attack systems aimed at reach the power grids. That is not all. A few countries on the way to development are also pointed at such as Iran and North Korea. the the most common case is to seek the services of a group of hackers to attacking a particular power grid, as was the case in Canada. "Groups of attackers have demonstrated their competence and knowledge of a number of systems specific to the energy sector" confirmed Gérôme Billois.

especially when you know that electricity is one of the driving resources of the activities the interest here is major. Because a power outage may be the source of a total blockage on all business plans, as was the case Ukraine. Venezuela, for its part, has also been the victim of a major outage electricity that has had a significant impact on its economic activity. the regime wanted to blame the United States for being the culprit these blackouts.

until now the most significant power outage due to cybercrime Ukraine in 2015. Just as he is suspected so far that the explosion of the pipeline that occurred in Turkey in 2008 Hackers.

It is also recognized that most electricity-related infrastructure is now managed mainly by computer systems. Huge resources are being continuously deployed to preserve the integrity of these systems. As on the other hand, enormous means are also deployed to break its security. There are political and strategic interests and of course economic interests. It is clear that the vulnerability on the system, time to increase more and more. Frédéric Cuppens, a senior lecturer at the IMT Atlantic Engineering School, explains: "These are systems that were often not originally designed to be connected to an IT infrastructure (…) It's hard to apply recent solutions to change their cybersecurity. ».

With regard to these attacks, it has been found that this can come from different points, either directly from the source of production, i.e. a power or nuclear power plant, an annex production site or the homes of individuals. Several strategies exist and it will not be easy to be able to parse them. Gérôme Billois points out that in this sector "the most likely is an attack on the transport network, and this is where the state puts the most effort".