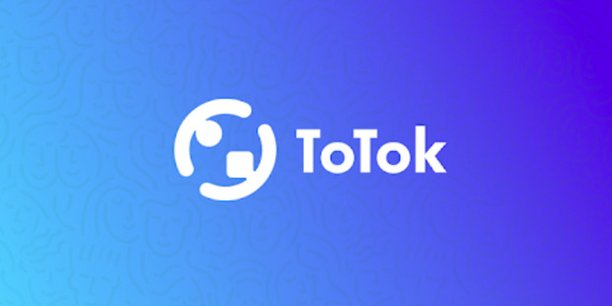 ToTok, are 10 million users spied on?

Since last week, the messaging app called ToTok has been hit by an accusation that it is a spying tool targeting its millions of users.

Espionage that would be done on behalf of the United Arab Emirates.

Having features that brings it enough closer to a Chinese application so that some even declare it as its copy, ToTok and an app that has about 10 million users. This is because WhatsApp or Skype apps have been banned in some countries, allowing it to grab a sufficient number of users.

This article will also interest you: WhatsApp – Telegram… Which instant messaging app to choose?

According to the media, this case is more than a rumor. he can even be compared to a spy film. This app has been banned from Apple's appstore. however at first glance it looks like a messaging app while classic fact. but from the beginning of the scandal, it is the idea of spying on these millions of users that is being put into place before. The Emirati government is being singled out for these small Suitable.

How do we mentioned above, it is prohibited in the uae United Arab Emirates some of the most well-known messaging applications such as WhatsApp or Skype.It's in this that a home application has been developed respond to this kind of expectation. However, the government would have benefited from this exclusive to the ToTok messaging app to monitor its population.

if at first the app download was much more in the area Middle East and the Gulf region, there has been a recent Europe and also the United States. After some finding, it was revealed by the New York Times an American media outlet, that the messaging app actually was a spy app whose purpose is to record conversations, movements, appointments, images, sounds as well as any type of transmission passing to then be issued to the government of the United Arab Emirates.

This hypothesis was confirmed after an analysis undermined by computer security experts. The messaging app is beautiful and well a spy program. Behind the offending application is a company called Breej Holding, which according to investigations is said to be a shell company affiliated with another company that is located in Abu Dhabi called DarkMatter. The latter would specialize in computer hacking and cyber intelligence. It is known that former U.S. intelligence agents work there as well as former members of the secret services of the Hebrew state. A kind of agglomeration of former spies from all over the world. The FBI has even launched an investigation against this company for computer crime. further investigation also showed that the application was related to another Abu Dhabi-based company whose expertise was digital data analysis. The latter company is called Pax Al. one of the most egregious things in this story is that the companies affiliated with the application are all located in the same building the Emirati capital.

The app was heavily inspired by YeeCall, a popular Chinese application, followed by a few adaptations to be more appreciated by its main target. one of the features of spying on the app is to track, for example, the user's location as soon as the user decides to see the weather forecast, for example.

At the moment Apple is the only structure that has banned it from its app store. we'd like to see what happens next in the next few days.

CategoryHacking
Article Précédent : A summary of the computer attack on the Rouen University Hospital
Article Suivant : Cloud-proof IT risk