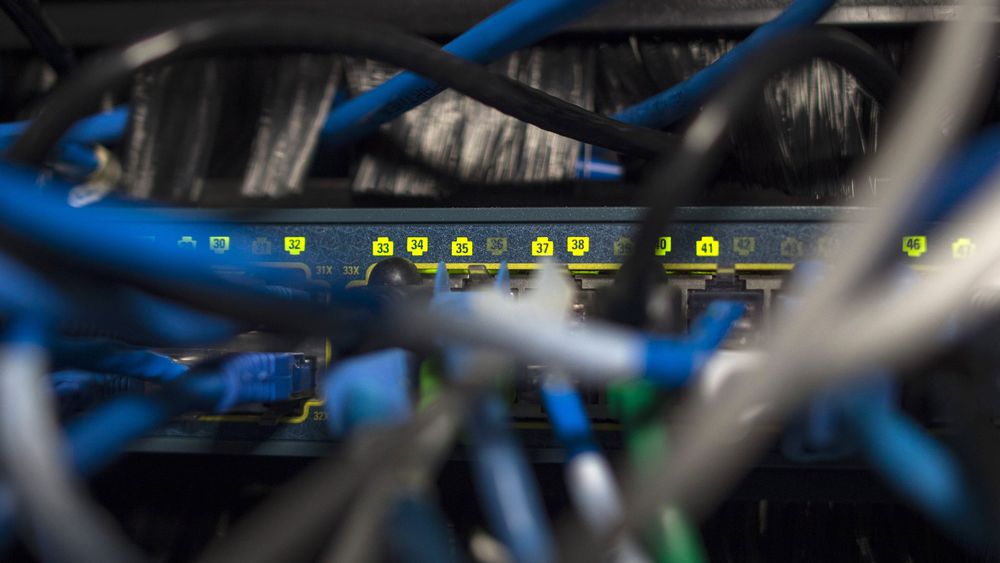 Today, several studies have shown that the United States is certainly vulnerable to computer attacks, and this vulnerability is under attack on several fronts.

In 2017, in March, the whistleblower site WikiLeaks published documents and my CIA name about the leak of several hacking tools designed within the U.S. agency. In an internal report by the Washington Post directly from the US intelligence agency, it was mentioned that the CIA was at fault for having too much effort to "build cyber weapons at the expense of securing their own systems."

This article will also interest you: United States, more than 1.3 billion losses due to cybercrime

Just one month after the data leaks of CIA hacking tools, we are witnessing a new leak of new tools for hacking this time from the NSA. A leak that was the work of groups of cybercriminals known on the name Shadow Brokers. These hacking tools were allegedly stolen from a specialized NSA group known as Tailored Access Operations.

According to several reports on the subject, these tools could have been used by foreign actors, with the aim of making large-scale attackers. Among them are attacks based on the famous WannaCry program, which has included U.S. government agencies as well as several private companies.

Recently it is the attack of the company SolarWinds and the attempt to poison the water supply of a city in the state of Florida that are on the agenda, thus showing the vulnerability of the United States to the cyberattack

"For decades, the United States has had the most sophisticated arsenal of cyber weapons in the world. But America's focus on strengthening its cyberattacks — and a lack of attention to defensive measures — is one of its biggest weaknesses," said Nicole Perlroth, an author and reporter for The New York Times. She goes on to say that other countries have overtaken the United States in terms of computer capacity. In his book published by Bloomsbury Publishing in February 2020 entitled "This Is How They Tell Me the World Ends: The Cyberweapons Arms Race", our journalist specializing in current issues on computer security explains that 10 years ago several states caught up with the United States in terms of power in terms of power on the computer aspect. Without also forgetting the fact that the majority of U.S. IT infrastructure is owned by private companies and that they remain vulnerable.

"Nation states and cybercriminals are more likely to target the United States with cyberattacks than any other nation, and we are the most vulnerable because we are the most connected," she said in an interview.

The latter, the present situation would be entirely the fault of the United States. "In 2010, the United States and Israel used a computer worm known as Stuxnet to sabotage a significant part of Iran's nuclear enrichment program, in what is widely regarded as the first cyber-damaging "use of force" in the physical world. The code behind the attack eventually leaked online and hackers around the world — including Iran — were able to debone and redeploy it for their own ends. explains the author. Such a situation, she said, has encouraged others in the states and organization to engage in a computer arms race that continues to unfold more and more.

"Since then, almost every government on the planet, with the possible exception of Antarctica, has continued these programs. And any government official will readily admit that the target of this attack — Iran — has caught up in cyberattack capabilities in a much shorter period of time than we were giving it. Nicole Perlroth notes.

According to the Americans, many in the states, namely China, Russia, North Korea, or Iran, are constantly sponsoring computer attacks on their infrastructure. This means that during these years they have improved their computer capacity in some way. However, she said: "We don't need to back down offensively. But the fact is, if we pursue an offensive strategy, if we continue to hack our opponents… then we need to make sure that our own critical network and infrastructure is not vulnerable. And today we are incredibly vulnerable. ».

CategoryCyber-security
Article Précédent : Computer attacks that have marked the history of cybercrime
Article Suivant : Cyberattacks: What to watch out for in 2021