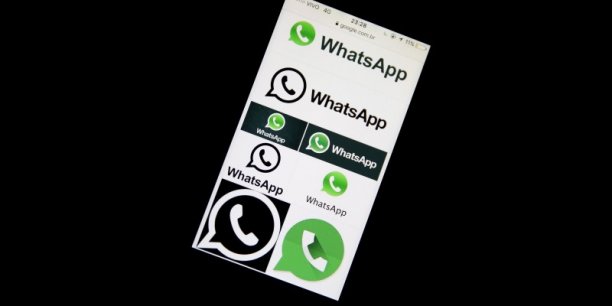 One can be convinced of one thing today, cybercrime has become very covering.

Our habits are imbued with it without us even realizing it. Every day computer systems around the world are attacked. In Africa, Senegal is the 5th country to suffer the most computer attacks. It is also 71st in the world, as revealed on Friday in the capital of the African state, Adjeoua Haikreo, by the director of 4ITSEC-AFRICA.

This article will also interest you: A website specifically dedicated to the Security bug of WhatsApp

The main targets of cybercriminals today are small and medium-sized enterprises and small and medium-sized industries, Haikreo says. He points out that the tactics most used by cyber criminals in this context and the use of e-mails that may come from outside the borders of the state or even from Africa. Moreover the groups of the most famous messaging, WhatsApp is much used in this strategy of cybermalveillance.

It is in this context that Mr Haikreo, the professor-researcher at the Cheikh Anta Diop University in Dakar, asks for the need to closely monitor the SME and the PMI, so that he can take more ownership of the various practices and policies related to computer security in Senegal.

The specialist even spoke at the "Cyber October" launch on the issue. It should also be noted that "October Cyber" and a global event aimed at raising awareness and organizing measures on computer security, user and business protection. Our expert took the opportunity to call on the various actors to comply with the state's cybersecurity policy. To be quite diligent in the application of certain measures and policy in this area. Indeed it should be noted that Senegal has set up the PSSI-ES for Information Systems Security Plan. A policy that aims to best combat cybercrime and prevent computer attacks. According to a local media outlet, Mr. Haikreo mitigates to invite private companies in particular SMEs and PMIs: "who often do not have a Security System and Information System (DSSI) directorate", to have in their workforce, a person specifically responsible for computer security, in other words an RSSI (information system security manager) as it is said in the jargon. "Because that's how we can better understand the phenomenon."

It also recommends that the company conduct regular audits of their computer system and security protocol. This type of procedure will allow them to easily take stock of the effectiveness of their protections in real time. This will allow them to know what needs to be improved. In the event of an intrusion, companies will now know how to prevent this from happening again and, above all, "know what has been done and where it comes from," Haikreo says. He did not fail to point out that any type of computer-related incident that may have any connection to cybercrime should be reported.

This will allow the authorities to initiate the necessary procedures to ensure that certain events do not happen again. "We would have to be able to identify all these attacks so that our SMEs and our authorities do not fall into these traps," says the expert. He took this opportunity to congratulate the Senegalese government on all efforts in the area of cybercrime. However, it is raining for the creation of an evaluation monitoring commission for the effective implementation and compliance of the Information Systems Security Plan. "They say security is moving very fast. We, too, need to move a little faster than that. But without rushing, if we want to achieve the goals we have set ourselves," stresses Adjeoua Haikreo. In addition, he advocates the creation of another cybersecurity agency, whose function will be the best deposit of the National Cyber Security Commission in the management of cyberattacks. Especially those from the Internet. An initiative to consider under the circumstances.