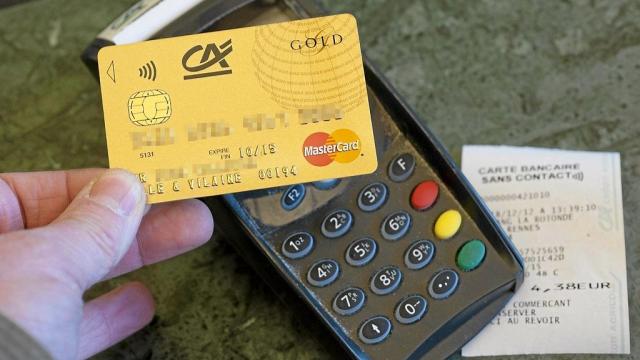 Why should you never post your credit card photo on social media?

One of the subsidiaries of the postal bank called My French Bank you have been at the heart of a controversy lately.

Indeed, this subsidiary asked its customers to publish a photo of their bank card even out of date. And this, with reward to be won… Tickets for a rock music festival.

This article will also interest you: 7 tips for making your online shopping safely

The aim was obviously advertising because the photo should highlight the logo of the bank. Unfortunately, Internet users have protested against this initiative by denouncing the irresponsibility of this banking institution. "It's terrible, normally a bank should teach its customers good online security practices," said Baptiste Robert, an IT security specialist, who happens to be very active on social media.

The bank tried to justify itself by meaning that she obviously wanted those who would take part in the challenge would hide the personal data on the card. For example, by putting their fingers on the parts that could compromise their information. But the the fire of controversy pushed the latter cancelled its competition only an hour after it was launched. The funny thing is that the bank however, she was able to find people she had named as winners because they had participated in the challenge.

Was it reckless on the part of the French Bank or just a risky bet?

For all the Notices exactly a bad idea on the part of the bank to have incentivize its customers to this act. Indeed, this initiative was too risky. the Information on this map, such as ID numbers, visual cryptogram at the back or the validity date are data sensitive enough to identify the person and even provide enough information to facilitate any hacking. Apart from piracy in recent years, enough data to initiate an online transaction. therefore some would be surprised to see themselves making purchases that they have not not even initiated.

It should be noted that in France their collection and even their storage (banking information by e-commerce) are highly controlled by existing legislation and logic would have it that the holders of these information does not put themselves in a position that could harm them.

Unfortunately this mania of publishing the photo of the credit card is not a new thing. Indeed, an account on Twitter constantly gathers images of people who take the clever pleasure of photograph themselves with their cards. And this on different social networks. that enters into a great trend that takes on a character of advertising especially for its new virtual banks, such as Revolut or N26, which are institutions that often offer their customers cards with designs, which they will want to share. It has been demonstrated that others, on the other hand, do so through negligence or inconsiderate.

It is remembered that this mania can revert a commercial character, exposes participants of this fashion to identity theft or hacking.

As a result, banks are beginning to demand more and more information when using bank cards linked to their institutions on the Internet. This would restore a security code validation that the user will receive by plain message a kind of dual authentication for the use of online bank cards.

To conclude it is important to say that it is a very bad idea to take a picture with your bank card in visual as also send these bank references or via SMS or email.

CategoryCyber-security
Article Précédent : How do I protect yourself from ransomware?
Article Suivant : Health increasingly threatened by computer hacking