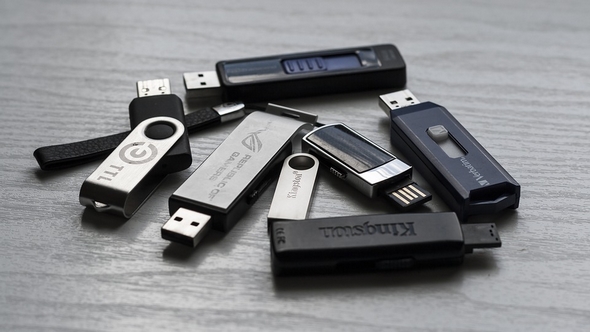 Data security: What to do with old USB sticks

Generally, when we no longer use a computer tool, we tend to sell it.

Whether it's a computer or even a USB stick, it's easy to get rid of it by removing something. However, it is not at all advisable to sell this kind of computer tools especially the USB stick. Indeed, a recent study by academics has shown that USB sticks sold from time to time are not really empty. Because it is possible to recover files that have been saved before. Simply put, erasing files does not mean getting rid of them completely.

On sales platforms, whether online or physical, in markets and stores, or on eBay or Leboncoin, it is not uncommon to find used hard drives or USB sticks for sale. Prices are very interesting especially for its computer tools to store important data. In other words, there is something for every price. However, this is very dangerous. Thanks to a study carried out by researchers at the University of Abertay in Scotland, it was clearly possible to recover the digital data previously recorded (then deleted) on USB sticks purchased online.

In their studies, researchers at the University of Scotland were able to extract several fairly sensitive data when they were supposed to be erased on USB sticks bought online. These include:

These academic specialists decided to investigate 100 USB storage tools purchased at random from a website specializing in auctions and second-hand products. With computer software that is easily accessible to the general public, they were able to extract the above sensitive data described on 98 of them that seemed empty when they were purchased. The researchers say they didn't have much trouble extracting the data.

And the problem is to be taken seriously. Because many are the ones who neglect this aspect when they get rid of their old USB stick. For example, in some countries, it is not uncommon for music to be sold on USB sticks that have already been used, where it is possible to extract personal data. In this regard, Reddit, the specialist site wrote: "In some countries, music is sold on USB sticks on which you can also find old personal data. »

In other words, according to researchers at the University of Scotland,:

– The data had been mis erased on 40% or more of the keys analyzed;

– Only 32% of the USB sticks analysed had the data correctly erased without being able to partially or completely recover it, less than a third;

– It had been possible for the researchers to recover on 20 keys and in part, some data they had previously contained;

– 40% of the keys or 42 keys analyzed by the academics contained beautiful and many data that could be extracted by the specialists.

Too much sensitive data could be extracted during the study. And worst of all, the owners don't even realize it. They are exposed and this can cause serious trouble in the future. Especially since cyber criminals are starting to take an interest in this.

However, the study did not show that the week negative. Indeed, on no key that has been analyzed, there has been no trace of viruses or other malware. This means that users are increasingly protecting themselves.

When it comes to selling USB sticks, even if this is not recommended, it is not impossible to do it safely. Indeed, it is possible with tools built into Windows, such as the diskpart tool, to fully format its storage connector. There are other tools that can be downloaded from the usual blinds to do this. However, it is advisable to do this several times. Then try to retrieve your own computer data to see if the formatting has been successful. These tips are valid for any type of storage equipment and even for computers. Because the problem is the same.