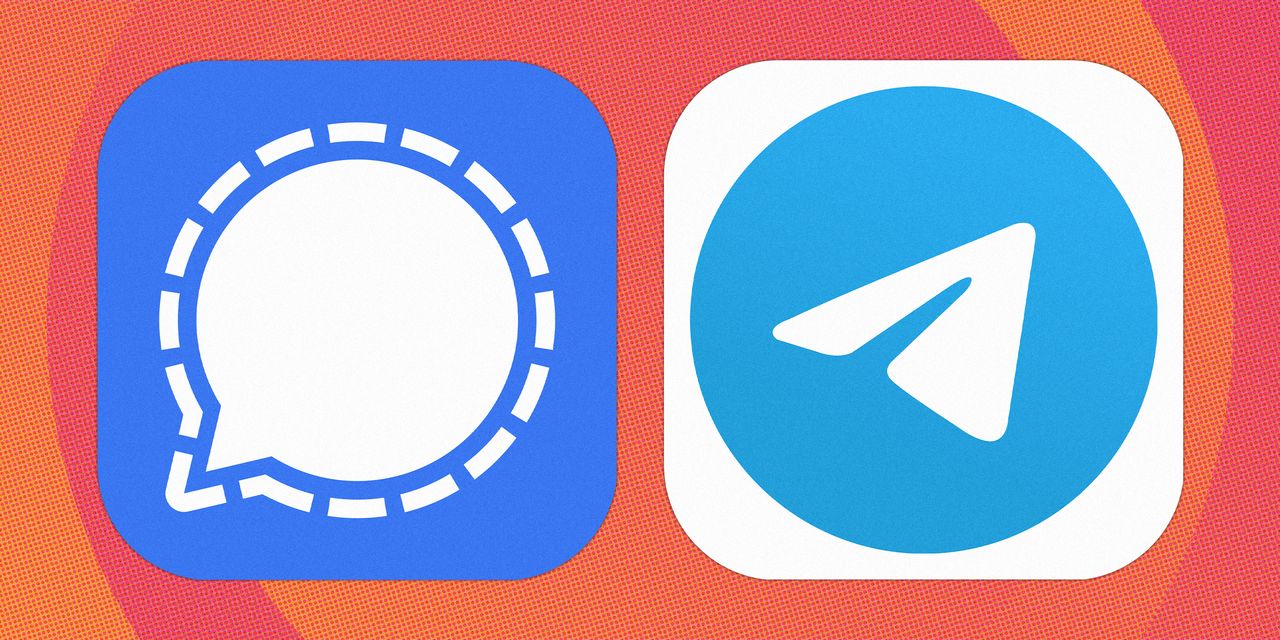 Signal VS Telegram: which of the two messages is more secure than the other

Among the many alternatives to WhatsApp, it has often been said that Signal is the most secure.

At least in the eyes of its direct competitor at Telegram.It is not uncommon for often specialized people to claim that the former is much more secure and protects its users' data better than the latter. This is clearly a good war. Because on closer inspection, we see that the two applications have not made the same choice in terms of their encryption.

This article will also interest you: Signal and Wire, two messaging apps recommended by Edward Snowden

Yet in practice, while Signal leads the most secure apps, Telegram remains ten times more downloaded according to figures provided by the Google PlayStore.

What we know, both applications use end-to-end encryption. A method of encryption that prevents any outsider from being able to know the exchanges. However, the process used by the two applications is not the same. In practice this encryption is inviolable under certain conditions. To decipher it, you would have to have the decryption keys, which is clearly impossible. This is to be put into perspective by the head of computer security at the Electronic Frontier Foundation, an association that advocates for privacy at the it level. According to the latter, end-to-end encryption is not that inviolable, at least when you are not trying to attack it directly. The backdoors do exist. The specialist states: the process "is not designed to protect your communications from end-of-chain attacks. It's like complaining that your butter knife isn't a good pasta strainer. That's not why it's designed."

By end-to-end attack, it is smartphone cell phone hacking, designed to see access to messaging applications such as Signal or Telegram to view the content of the discussions. Those against which end-to-end encryption cannot intervene.

According to Alex Stamos, former head of cybersecurity at Facebook, "many people underestimate the privacy benefits of pushing adversaries to move fr[c’est-à-dire ceux contre qui le chiffrement de bout en bout vise à protéger, NDLR]om a model where they can search for all content to a model where they have to specifically target people."

In other words, thanks to the famous encryption, it is possible to escape mass surveillance. This usually forces people interested in data to do much more targeting of their victims. Not having the ability to attack multiple targets at the same time.

The main question was at the base why the use of end-to-end encryption is different from Telegram to Signal. Here Telegram's offer is not by default which is contrary to that of Signal. "Signal is designed not to collect or store sensitive information. We, nor any third party, cannot access Signal's messages and calls because they are always encrypted end-to-end, protected and secure," says the foundation behind Signal. On the first, the user must himself decide to use this action through the "secret chat" feature. A feature that is available for video conferencing

"Cat secrets are for people who want more privacy than the average. […] Only you and the recipient can read these messages — no one else can decipher them, including Telegram. In addition, messages cannot be transferred from secret chats. And when you delete messages from your side of the conversation, the application on the other side of the secret chat is ordered to delete them as well, explains the app's FAQ.

Telegram's choice to offer encryption-protected communication as an option is due to the fact that the app offers a multitude of features. This restricts it to a way to offer a much safer version of the messaging tool. "If you think you need a separate app for this feature alone, install[de chiffrement de bout en bout]ing it might be useful for you," Pavel Durov, one of Telegram's founders, said. As if to say that the application does not intend to change its approach.

This aspect should be noted is also glimpsed by Signal, which tries both to modernize to make it much more fun sn service.

"The minori[…]ty who want to maximize security at the expense of usability is welcome to use secret chats on Telegram — or install one of the apps that have only secret chats and nothing more. But we're not going to cripple Telegram by throwing away dozens of its features for people tricked by the marketing tricks of our competitors. Or for people who are too lazy to start secret cats when they think they need them," says the co-founder of Telegram.